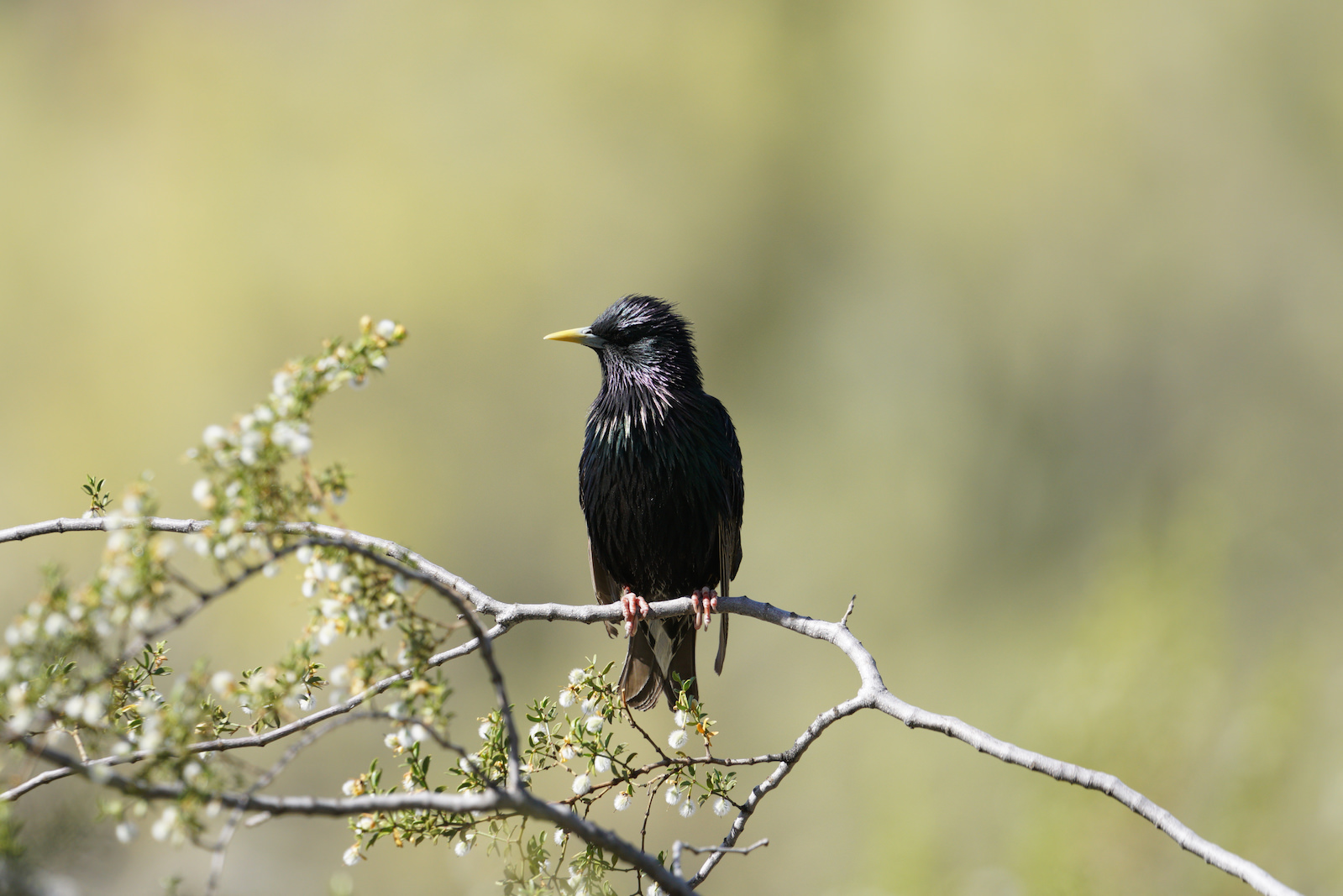 On our numerous visits to the Desert Botanical Garden we are always amazed how many European Starlings we see and hear chirping – they seem to be abundant across North America including the Sonoran Desert and Sonora (Mexico). Starlings are great vocalizers and can do immitations of many other bird calls.

Saguaro Cactus nest holes, originally created by Gila Woodpeckers are often used by European Starlings to the detriment of many native species. Purple Martins for example have declined considerably in the Sonoran Desert possibly due to the resulting shortage of Saguaro nest holes.

We have seen them at some other locations hanging out in flocks of thousands. It is estimated that there are 200 millions of these birds on the continent and they can be found as far north as Alaska and as far south as Mexico. Numerous though they are, Starlings are actually non-native invasive species. And we can blame Shakespeare for their arrival in America.

On March 6, 1890, a New York pharmaceutical manufacturer name Eugene Schieffelin brought natural disaster into the heart of completely without meaning to. Through the morning snow, which congealed at times to sleet, sixty starlings, imported at great expense from Europe, accompanied Schieffelin on the ride from his country house into Central Park—the noisy, dirty fulfillment of his plan to introduce every bird mentioned by Shakespeare into North America. Schieffelin loved Shakespeare and he loved birds….The American Acclimatization Society, to which he belonged, had released other avian species found in Shakespeare—the nightingales and skylarks more commonly mentioned in his plays and poems—but none had survived. There was no reason to believe that starlings would fare any better. Schieffelin opened the cages and released the birds into the new world, without the smallest notion of what he was unleashing.
Steven Marche explains in How Shakespeare Changed Everything