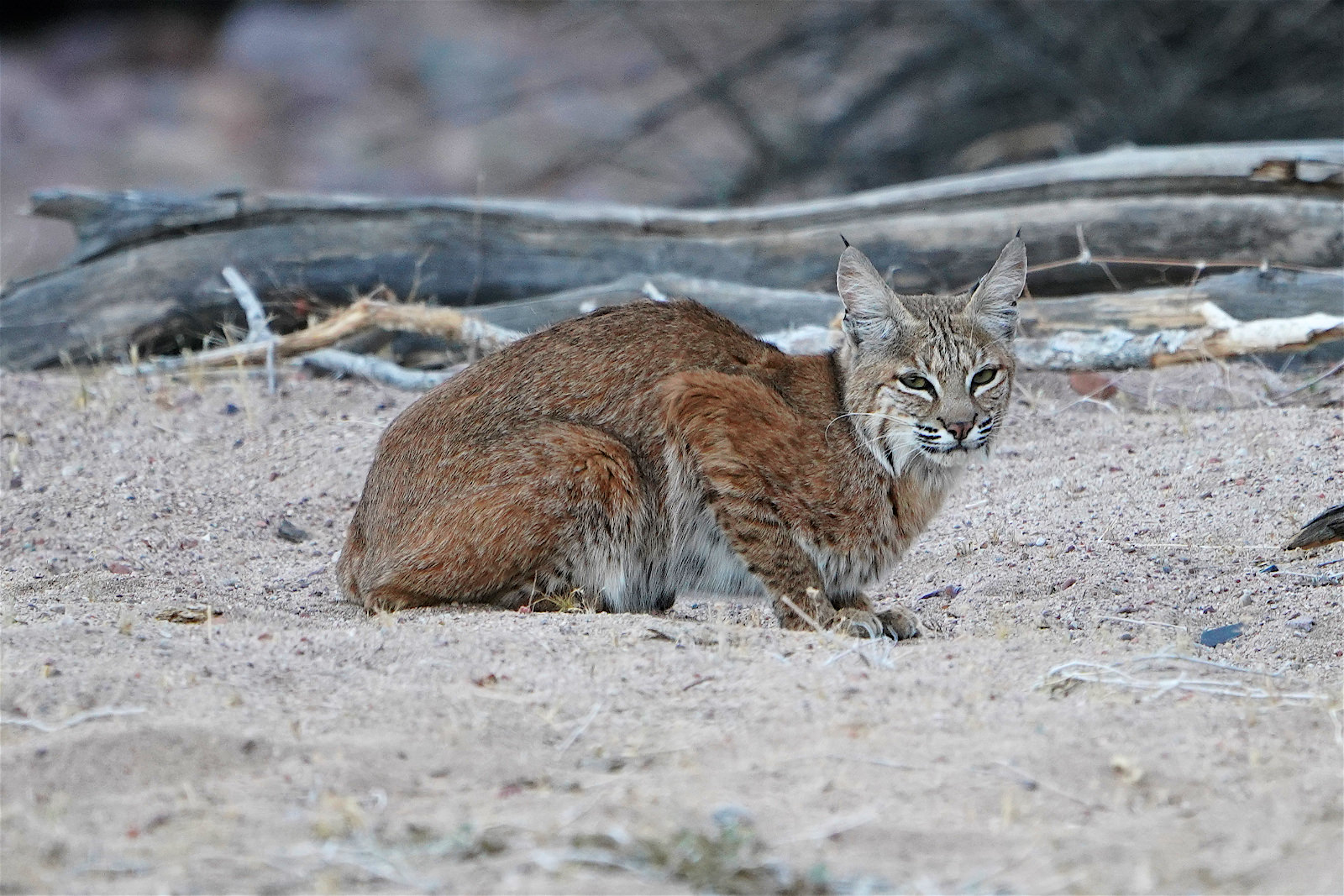 We knew that there are bobcats at the Salt River, we have heard from people who saw them and not too long ago Marco met some people who had seen one “just a few minutes go” – frustrating.

For months we have been alert and kept our eyes pealed hoping to spot one. About 10 days ago Marco had the first sighting of one crossing the road. Then this week on Wednesday he came home all smiling, he finally saw one at the river trying to catch some fish. And, today we both were out there early, walking from the parking lot down to the river as Marco thought he had seen a fox. When we looked more closely we realized that it was bobcat! It was on the hunt for some pray in the dead woods. We watched it sneaking closer. It was aware of us but was more focussed on it’s potential pray. It eventually settled down in a holding position in close distance to the woods totally relaxed – waiting.

This bobcat definitely made our day!

The bobcat is a medium-size cat weighing 12 to 30 pounds with an average adult length of 2 to 2.5 feet. They are incredibly beautiful creatures that exist in varied colors from orange to gray with black markings similar to a domestic tabby cat. Their undersides are whitish and they have pointed ears with tufts at the end. A bobcat’s tail is relatively short at about 5 inches which accounts for its name, “bobcat.” They are often called “wildcats” as well.

Bobcats are timid and typically avoid human contact, but do not let their relatively small size fool you. They are tremendously strong and can bring down a small deer. They can become ferocious when challenged, so never approach a bobcat. Although they may look like a very large and friendly domestic cat, they can inflict serious harm with large claws and teeth.

Bobcats are very territorial and are generally seen alone although groups may consist of mating pairs, siblings and mothers with kittens. They will defend a territory of 1 to 12 square miles. Bobcats are nocturnal and most active from sunset to near sunrise when they are hunting. Their diet consists of rabbits, rats, mice and small wild game but are known to stalk and kill larger game including small deer.
Arizona Leisure