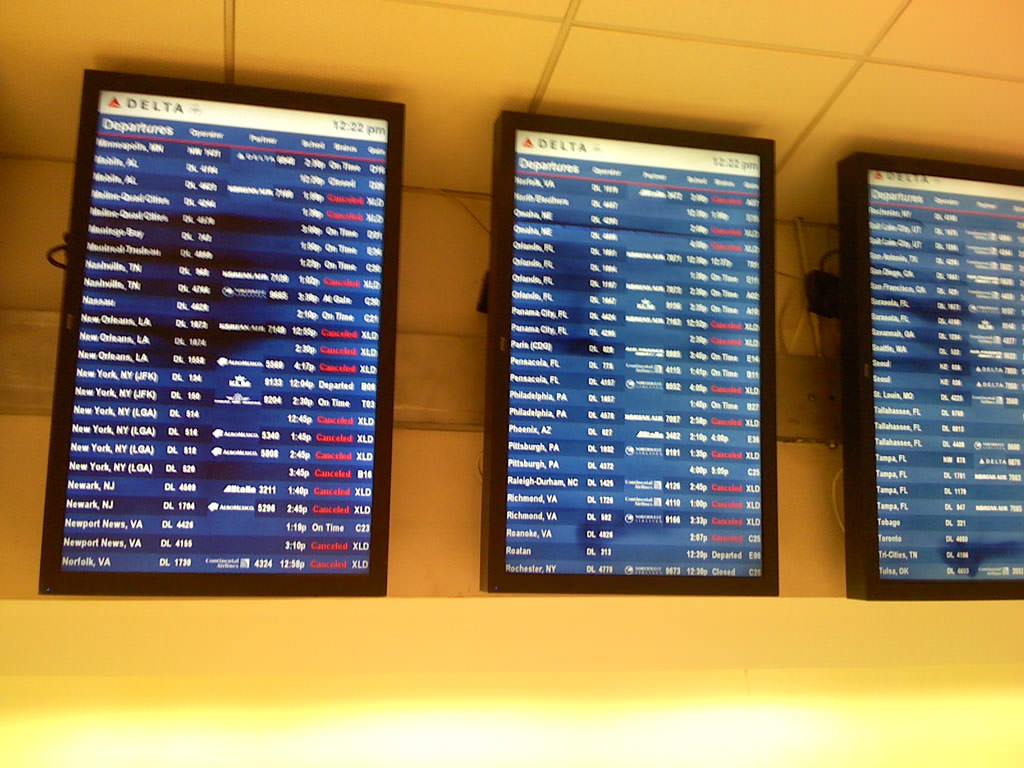 Already when we checked in at the Delta counter in Zurich the attendant told us that they didn’t know yet if we could land in Atlanta or if they would have to fly to a different city. Why? Because they had a blizzard in Atlanta and the whole area was covered with an inch of ice with temperatures still around 30 Fahrenheit (0 Grad Celsius). We trusted them and thought they would certainly do the right thing.
We were scheduled to take off at 9:40am but we ended up sitting in the plane for another 1.5 hours until they were done unloading the luggage of people who have changed their minds and didn’t want to fly.
Eventually, we took off at about 11:15am. The flight was ok, lots of small turbulences but nothing serious. From time to time we asked the flight attendants whether they had any news on our final destination – they didn’t. After 4 movies they finally showed the screen with the map and the flight details and it became obvious that we are headed to Atlanta.
We landed safely but were parked on the runway for another almost 2 hours until we were at the dock and able to get off the plane. No word about the conditions at the airport or any connecting flights; we had to find the next screen and check ourselves. We obviously had already missed our scheduled flight, but it didn’t matter because all the flights were cancelled anyway (that day Delta alone cancelled more than 1,400 flights).
So we were left to ourselves at the airport and had to find a hotel. All the ones close to the airport were already fully booked and there were no taxis or shuttles or any other transportation on wheels. The roads were blank ice and everything was closed, all the shops and businesses, schools, restaurants, nothing was open because people couldn’t get to work, Atlanta was like a ghost town.
Eventually we found some helpful airport employees who helped us finding a room in downtown Atlanta and explained us how to get there with the train. We arrived at the hotel sometime after 8pm hungry and tired. The front desk person told us that there were two restaurants within walking distance that were open. So we gave it a try. The first one was packed (more than an hour waiting for a table), the second one was no better (26 parties ahead of you!). We ended up sitting in the hotel lobby with a German couple we met on the way, drinking hot tea and grazing on some chips.
On Tuesday we were booked on a flight to San Diego at 7:25pm, but we had to check-out of the hotel at noon. So we took the train back to the airport and sat around and waited until our flight finally appeared on the board at 4:30pm with “cancelled”. We were upset and disappointed and the only thing we could do was getting in the line for the Delta counter to change our flight. After about 1.5 hours we finally reached the counter. The attendant wanted to book us on a flight on Wednesday evening via Minneapolis to San Diego. We meanwhile saw though that none of the flights to Los Angeles got cancelled, so we asked him to book us to Los Angeles on the next possible flight. He was fine with that but pointed out that we had to take care of the transfer from Los Angeles to San Diego ourselves.
That same night at 7pm we finally sat in a plane to LA where we arrived at 10:45pm. We took a shuttle to the next rental car place, they didn’t have any cars left! But, they offered us a phone to call around to find a car with someone else and they drove us there.
At around 11:15pm we had a car and were on our way to San Diego where we arrived at 1am on Wednesday morning, tired but glad that we finally made it!
The whole trip took us 51 hours instead of the regular about 18 – next time we might consider a direct flight from Los Angeles! As it turns out not even Atlanta is safe in winter! 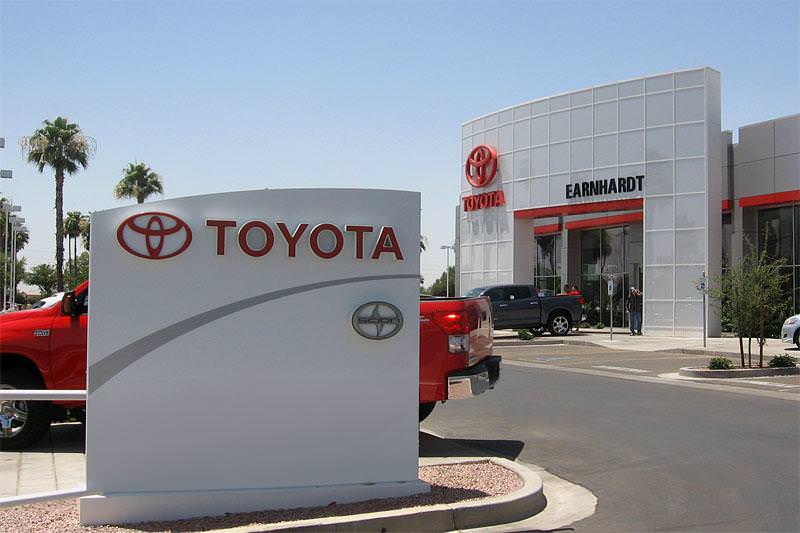