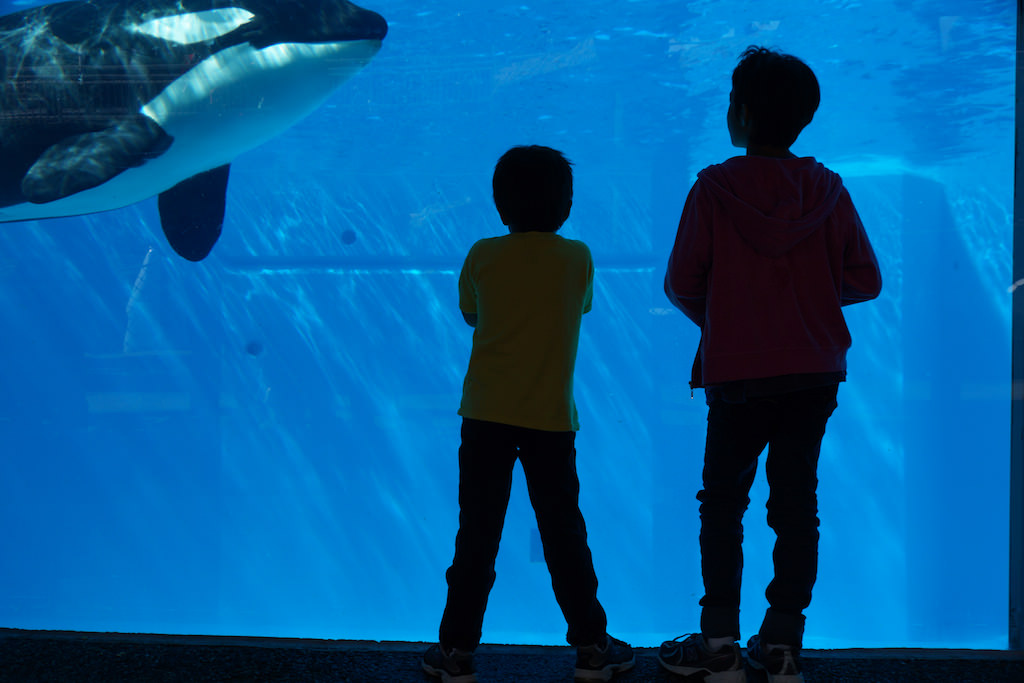 Before we left Las Cruces in August we mentioned to the kids that they might visit us in San Diego in their fall break. They could hardly contain themselves anymore and at the end of September we started getting calls from them: only 6 more days, only 2 more days…..

Eventually their dad drove with them on the weekend of October 7th, spent Sunday afternoon with us and left again on Monday.

M & M stayed and had a great time away from the Hotel in Las Cruces for the first time. They were like young puppies exploring the world. The first time they came out of the ocean, they asked with a puzzled voice: “is this salt water?”. It didn’t take them long to get used to it and by the end of the week they were boogie boarding as if they had been doing it for years.

We took them to the Zoo and to SeaWorld, went shopping at the Lego Store (and some fashion stores for the girls). They also visited the Birch Aquarium with Marco, and he took them down to the Mexican boarder and to Coronado.

Last but not least we showed them the Harbor where we saw the Midway (the aircraft carrier) and a huge cruise ship.

On Saturday, we spent the whole day at the beach, boogie boarding, building sand castles and playing with the frisbee.

In the afternoon the boys took a long nap and after dinner we packed the car and started our way back to Las Cruces. M & M were both falling asleep even before we were out of San Diego and woke up only a couple times when we stopped for coffee and gas – they got a hot chocolate and went back to sleep within a few minutes. We safely arrived for breakfast on Sunday.

We had a very good time with them.