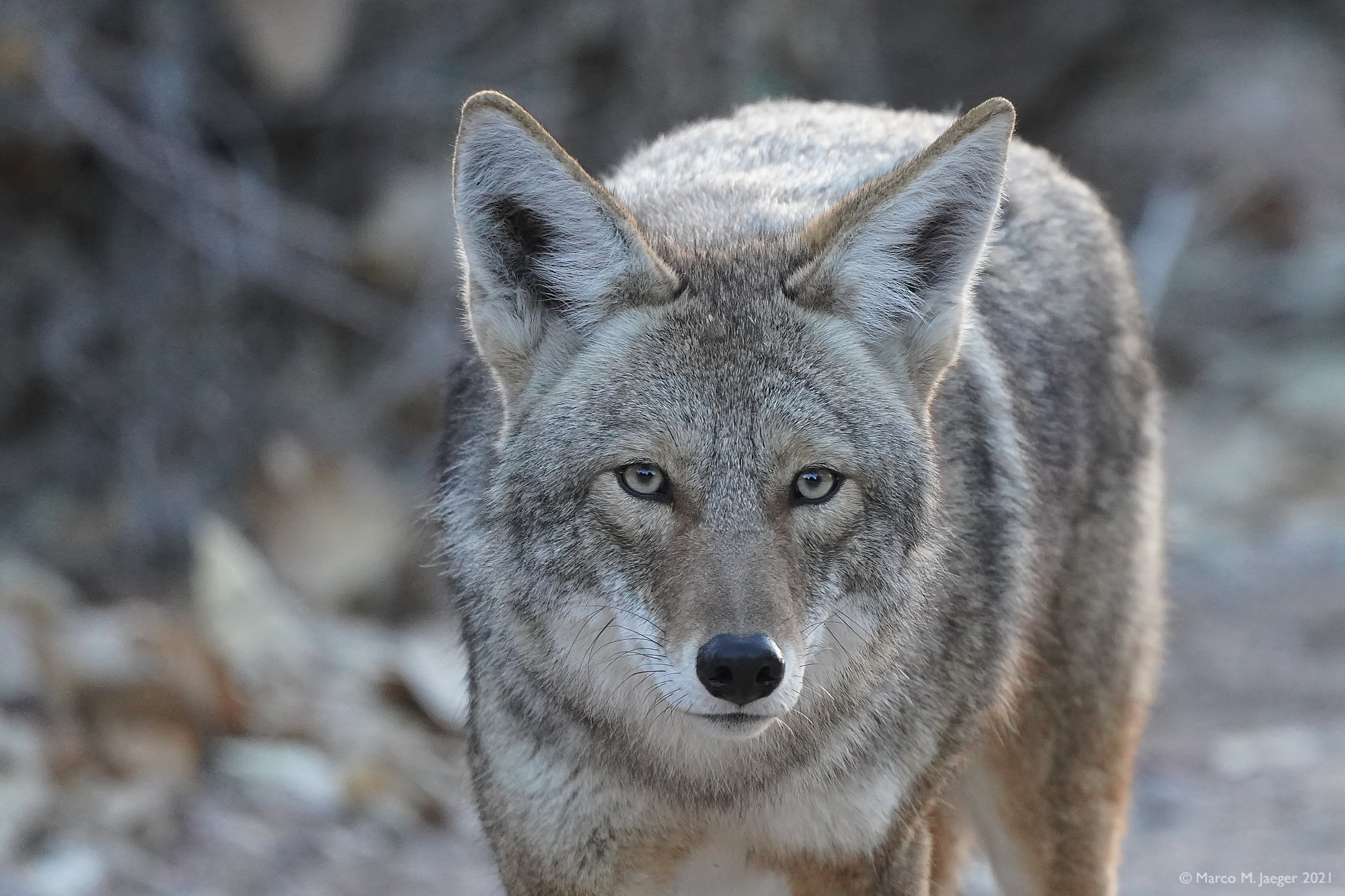 For the last few weeks we have been watching a pack of coyotes at the Veterans Oasis Park in Chandler, AZ. It is interesting to see how they live in such proximity to people and their pets without attacking them and to observe their behavior when they are hunting together. They appear to be well fed since the area provides an abundance of rabbits and ducks.
We are looking forward to spring when they are going to have pups.

An other interesting behavior we have watched numerous times is when they react to the sirens of a firetruck or police car by howling – all the sudden we realized that we were actually surrounded in close proximity by coyotes although we did not see a single one.

The Veterans Oasis Park offers scenic trails, fishing, birding and much more – it has something for everyone and luckily we have never seen it too crowded – not even on the weekends. It’s 113 acres, including 78 acres which are designated for groundwater recharge and wetlands and serve as habitat for diverse Sonoran Desert plants and wildlife.

Here some background information about coyotes:

The coyote is a species of canine native to North America. It is smaller than its close relative, the wolf, and slightly smaller than the closely related eastern wolf and red wolf. It fills much of the same ecological niche as the golden jackal does in Eurasia. The coyote is larger and more predatory, and was once referred to as the American jackal.

There is a wide distribution and abundance of coyotes throughout North America but also southwards through Mexico and into Central America.

The species is versatile, able to adapt to and expand into environments modified by humans. It is enlarging its range by moving into urban areas in the eastern U.S. and Canada. The coyote was sighted in eastern Panama (across the Panama Canal from their home range) for the first time in 2013.

It is highly flexible in social organization, living either in a family unit or in loosely knit packs of unrelated individuals. Primarily carnivorous, its diet consists mainly of deer, rabbits, hares, rodents, birds, reptiles, amphibians, fish, and invertebrates, though it may also eat fruits and vegetables on occasion. Its characteristic vocalization is a howl made by solitary individuals.