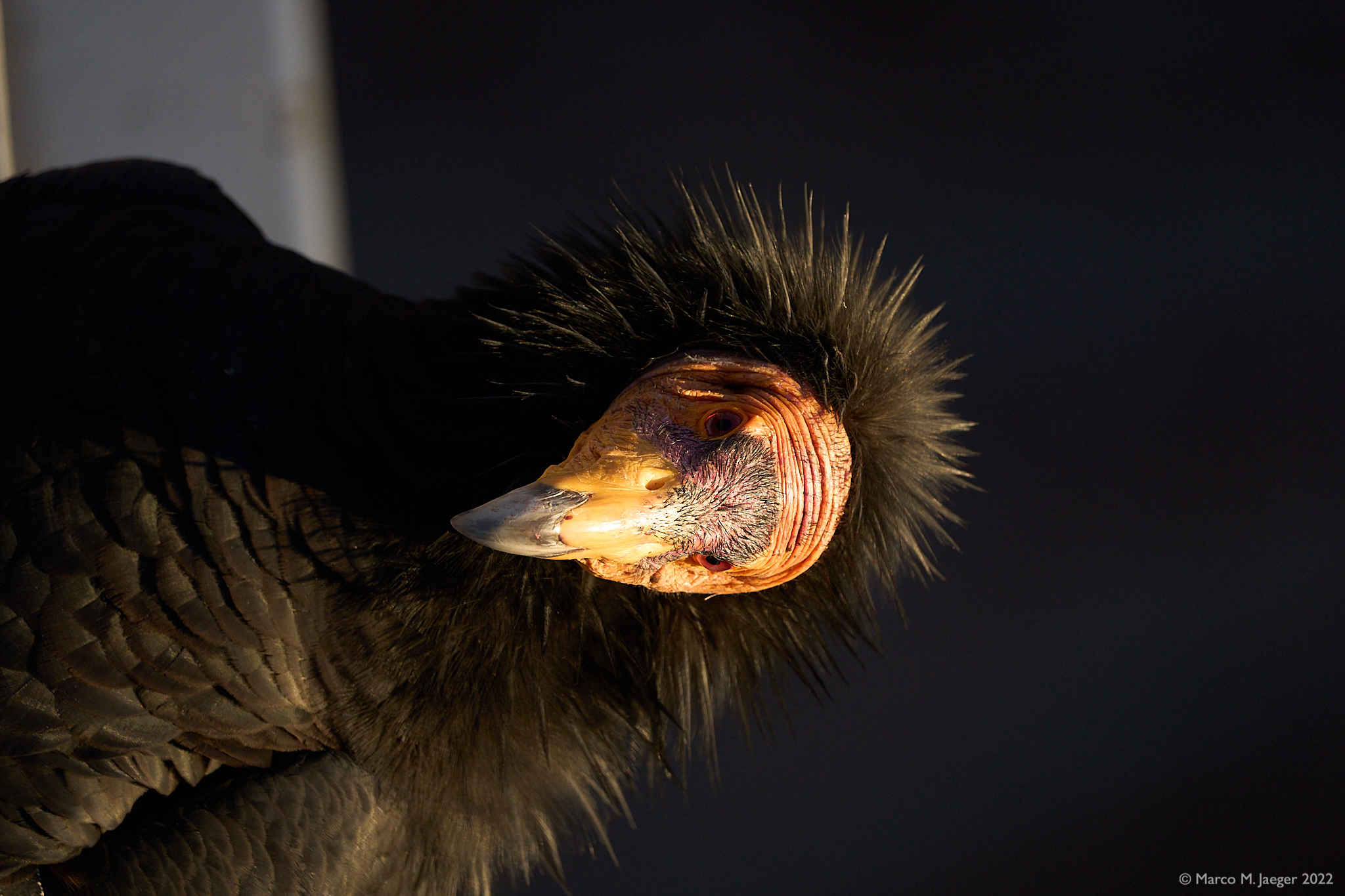 As we have done on our past trips to Page, we stop at the Navajo Bridge to see if there are any Condors.

It’s late morning when we get there and we learn that there is a young bird (about 6 months old) that only just came out of the nest and is not quite ready to fly yet. The nest cave is very far away, but we can see the totally black bird with still some fluffy feathers on his/her chest.

It is interesting talking to a conservationist on site and we learn that the California Condors live around 24 to 25 years in the wild and can get up to 45 or even 50 years old in captivity. Their beak is only turning orange when they are about 5 years old. They only lay one egg every two years, which is why the population is growing/recovering so slowly – the total population is still only about 560. Their biggest threats are the young Golden Eagles practicing their hunting skills on them, as well as lead poising from eating the guts and remains from animals that were killed by hunters. The conservationists are trying to catch each bird at least once a year to check their health and most specifically the lead levels in their blood – if the values are too high, they treat them before releasing them again.

On this trip, we stop at the bridge again before sunset on Wednesday which is when some birds fly in for the night.

Marco got some great shots of them flying and looking at us, as well as the “baby”.