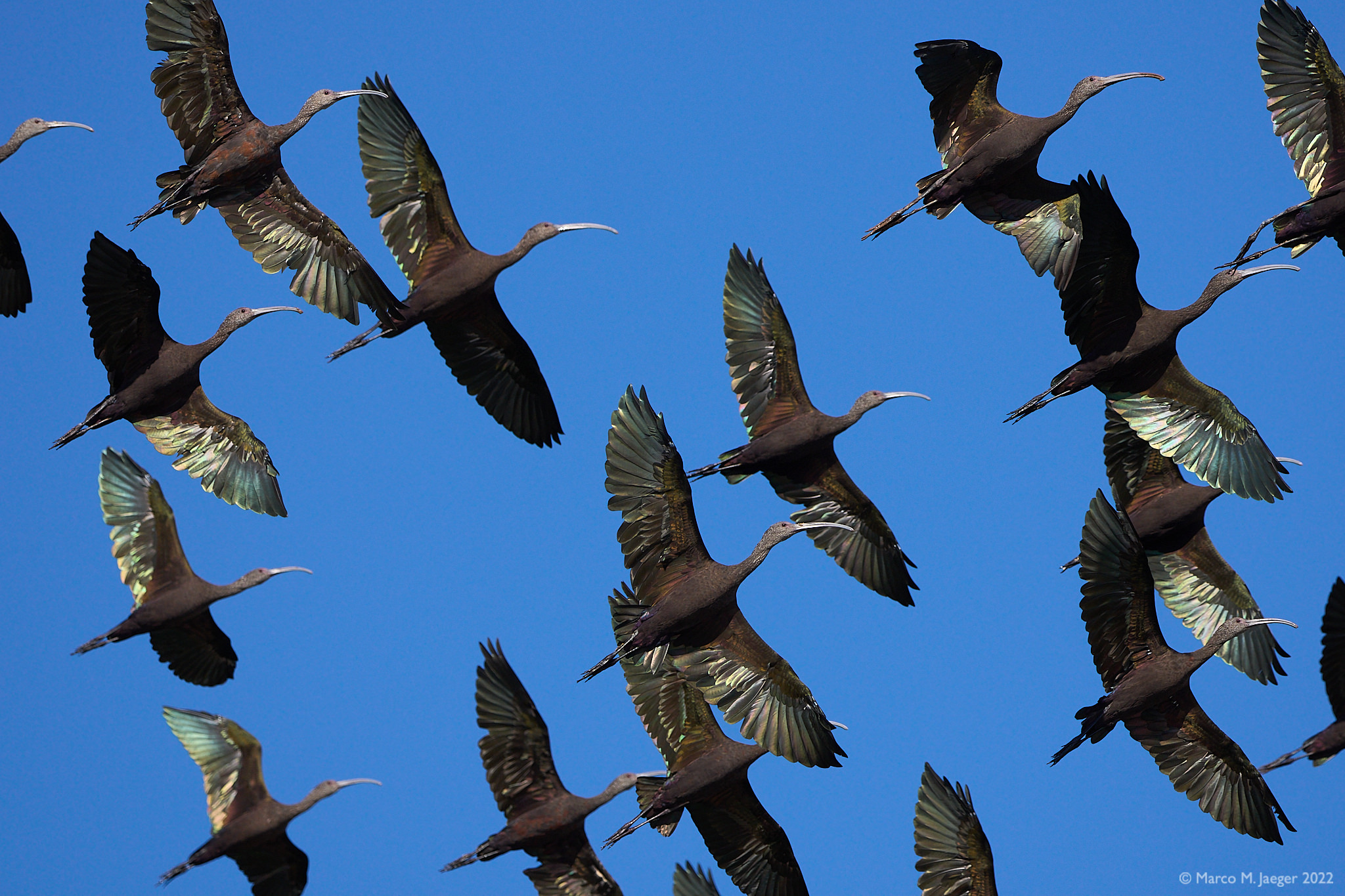 Yesterday a friend of ours went to Buckeye to find the borrowing owls and she came home with pictures of huge flocks of Ibis.

We took the chance and drove out to Buckeye this morning. We were there way before sunrise and took the time to drive around looking for flooded farm fields, where we would expect the Ibis to be once the sun was up. Then we drove to our usual spot to check on the Burrowing Owles. Walking up the dirt road we see at least a dozen along the canal and they seem to be less shy now than when they have their babies.

Since we actally came to see the Ibis, we soon head back to the car and drive a little further south, to the fooded fields and indeed there is a huge flock (hundreds if not tousends of birds) wading in the water having breakfast – an incredible spectacle.

Even though they are not in their breeding plumage they still look beautiful, the colors on their wings varie depending on the light, they shimmer from olive green to burgundy and turquoise.

The white-faced ibis breeds colonially in marshes, usually nesting in bushes or low trees. Its breeding range extends from the western United States south through Mexico, as well as from southeastern Brazil and southeastern Bolivia south to central Argentina, and along the coast of central Chile. Its winter range extends from southern California and Louisiana south to include the rest of its breeding range.