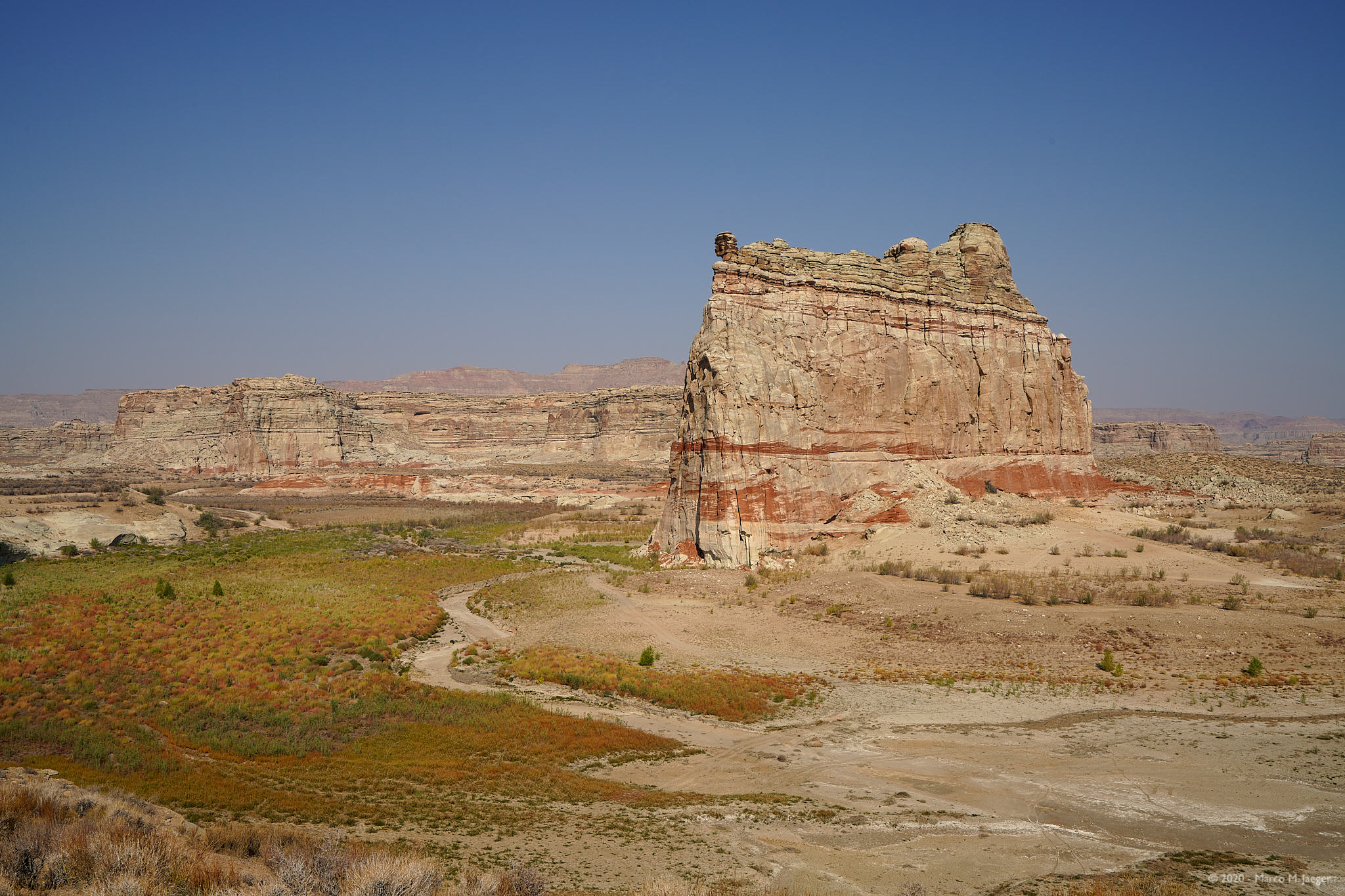 Despite the Corona virus we decide that we need a break and that a few days away from the Valley would do us good.

Marco and Alan are making plans to go up to Page, where Alan and Diane have never been yet.
Marco and I are leaving early Monday morning with Gizmo and a few spare cloth and head north. Shortly after 10am we are at the hotel where we are told that we cannot checkin until 3pm, so Gizmo has to spend the day with us in his carrier.

We first stack up on some food and drinks for picnics and then drive towards Wahweep Marina for a sandwich at one of the outlooks. The water level at Lake Powell is very low, the lowest we have ever seen it and there is a lot of haze (which could well be from all the fires in California and Arizona) that limits the view.

We meet Alan and Diane mid-day. In the afternoon we go up to Horse Stud Point to see the hoodoos. Then after checking in (and finally dropping Gizmo off) at the Hotel we show Alan and Diane Antilope Point Marina with its huge house boats and later have dinner at a Mexican place.

On Tuesday we explore Smokey Mountain Road and the “back side” of the lake, driving and walking some canyons and eventually arriving at an overlook (Alstrom Point) high above the lake at the end of a plateau.

On Wednesday we first visit the Toadstool Hoodoos and then venture a few miles into Cottonwood Canyon Road, which offers a much different landscape than what we saw yesterday. Even though the river has hardly any water it is much greener and more colorful here.

The afternoon we spend relaxing at Lone Rock Beach. Since Gizmo slept during the days, when we were out he has been pretty awake during the nights so we didn’t get much sleep and this night isn’t any different – we get up shortly after 4am pack our few things and hit the road. At around 10 we arrive home, unpack and take a long, well deserved nap.

It was a great quick escape with friends who share our interest and love for some remote quite locations.