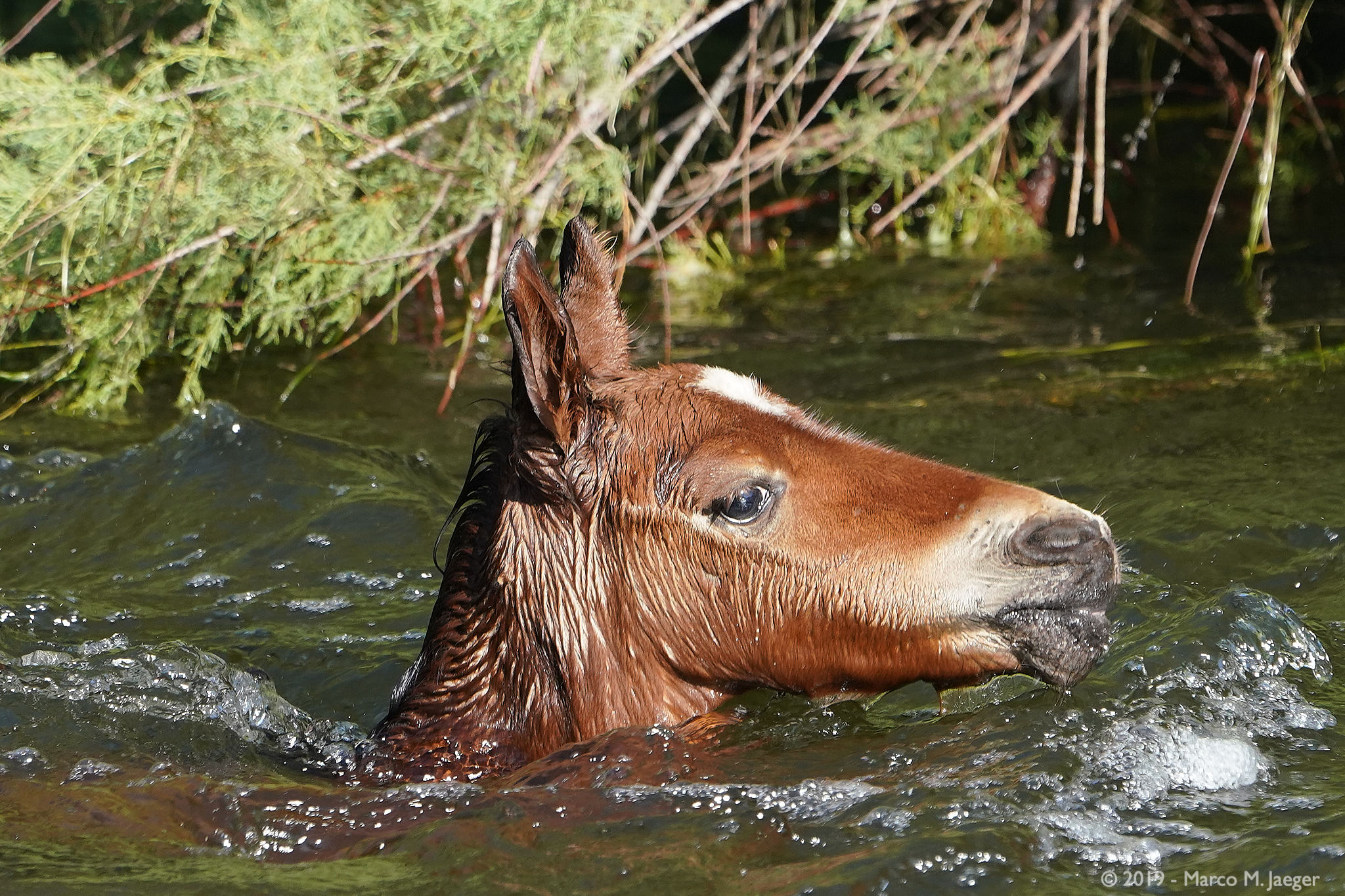 Today ended up being a good day.

I went, as on so many days before, out to the Salt River early morning to see if I can find some wildlife to take pictures of and ended up at Coon Bluff. There were two little bands of horses, I stayed with the first band for a while, then went on to the second band. Then I left them to check back on the first band, but realized that they had already crossed the river in the meantime. So I walk back to the second band again and found them in the middle of the river just before a little island.

Then I noticed a little foal that was caught in the rapids, peddling for its life and whinnying in distress while its mom and the rest of the band were a little further up peacefully eating grass. The mare whinnied back once in while but it didn’t seem to bother her that her foal was in such a desperate situation. I was shocked and watched that still very young foal while looking for a way to help him.

I went back up to the parking lot to see if I could find some one. I didn’t want to get into the water just by myself. Nobody was around so I went back the see how the foal was doing. On my third trip to the parking lot I luckily ran into Bonnie and Dave. They came back down to the rapids with me where the foal was still peddling desperately – it was heartbreaking to watch and we could see that it was struggling and running out of stamina. Dave immediately volunteered to go in while Bonnie and I were there ready to help if needed.

The current was very strong even for a grown man and Dave was glad to have his wooden stick for support. He guided the foal out of the current towards the little island and let it rest for 10 minutes before he escorted it over through the other part of the river to bank on the other side for a happy reunion with its mom.

Thanks Dave, you are a life saver!