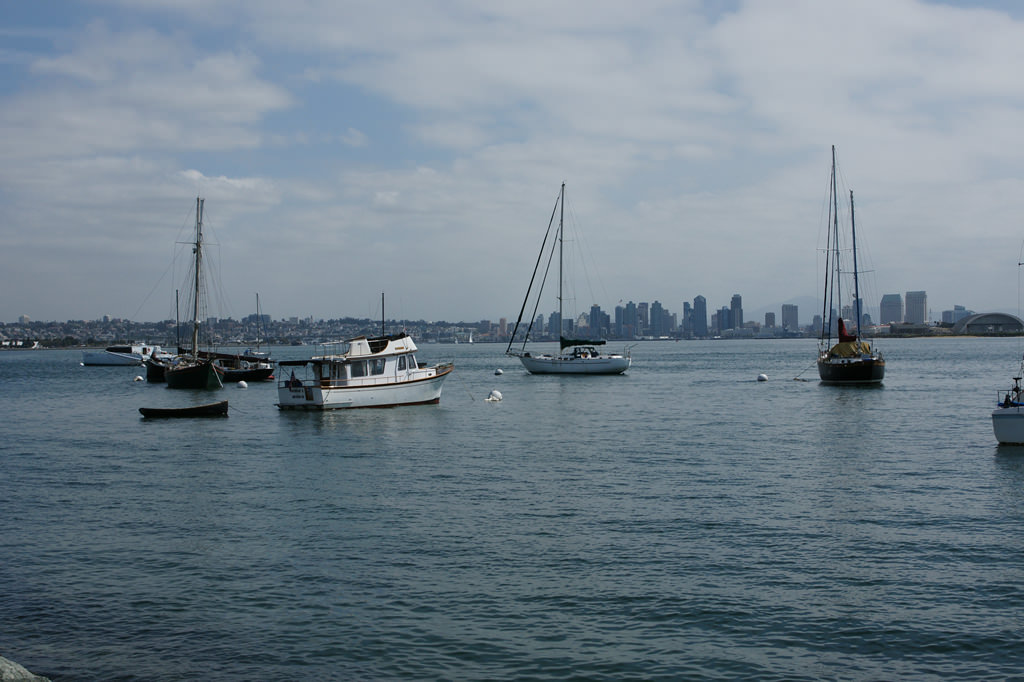 Last night the local news channel announced that a 30 feet gray whale swam all the way into San Diego Bay ….

…. so we decided to go whale watching. We strolled Shelter Island up and down, the binocular and the camera always ready to shoot. We saw lots of nice and interesting things, but…..

…. no gray whale. We hear from other spectators that it might have moved out into the open sea again. Later we move on to Point Loma, Cabrillo National Monument, where you have to full overview over the top of the bay as well as the Pacific ocean on the other side.