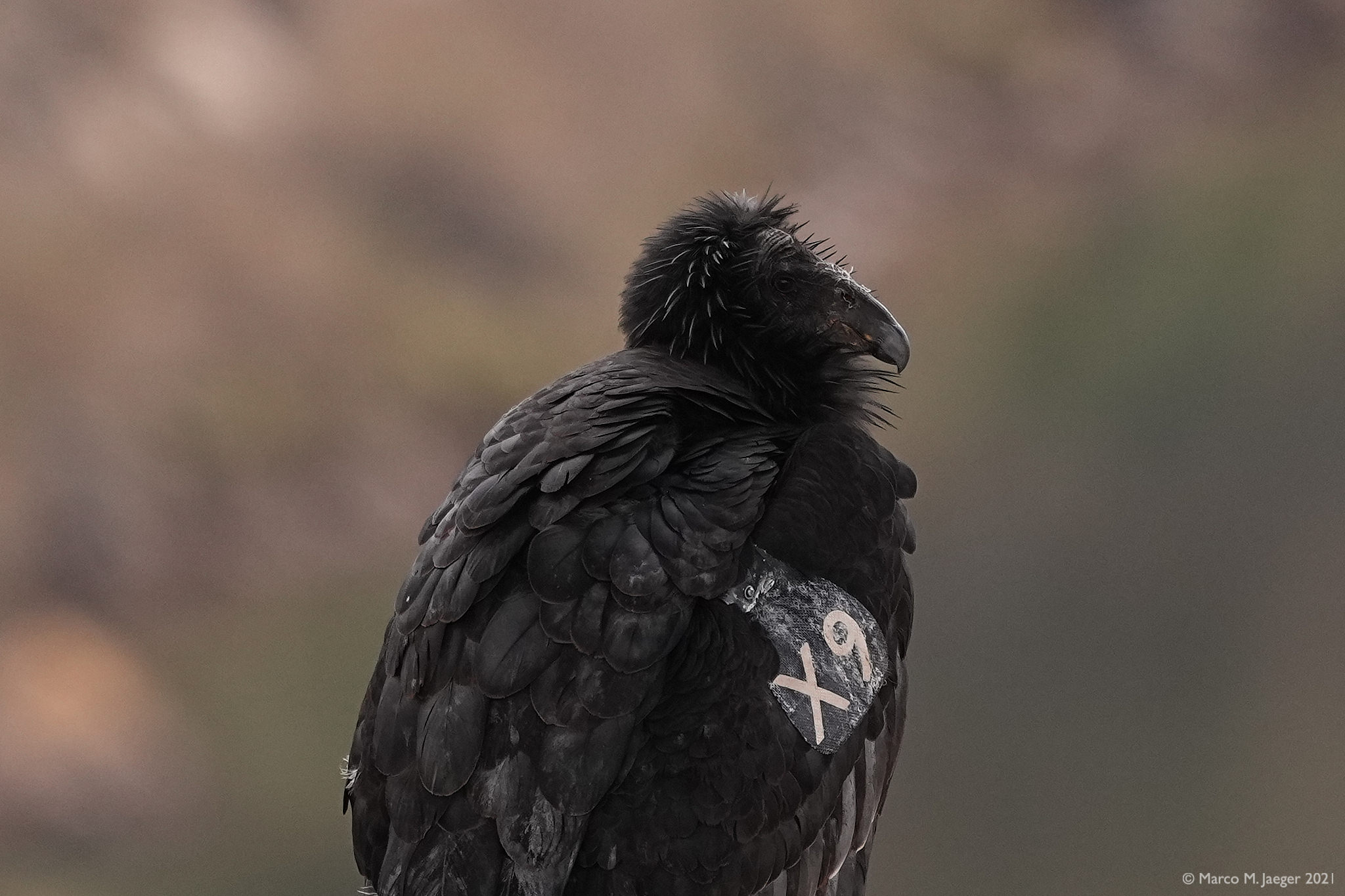 Another trip to Page, AZ means another stop at Navajo Bridge to check in on the California Condors. This time we see 4 or 5 birds sunbathing and flying. A perfect opportunity for Marco to get some better shots than on our last visit.

With a wing span of almost 10 feet (3 meters) and weighing over 20 pounds  this is the largest flying bird in North America. Condors can live up to 60 years in the wild, but don’t mature sexually until six or seven years of age and they lay only one egg per year. Their head and neck have few feathers, and the skin of the head and neck is capable of flushing noticeably in response to emotional state, a capability that can serve as communication between individuals.

If you are interested to learn how old each bird is, if it’s a male or female, where it hatched and when it was released into the wild, you can check their tag numbers against the table on this website: Status of Individual California Condors | Conservation Science.

4Y is a female that hatched in  March 2019 in Portland and was released into the wild  in September 2020.