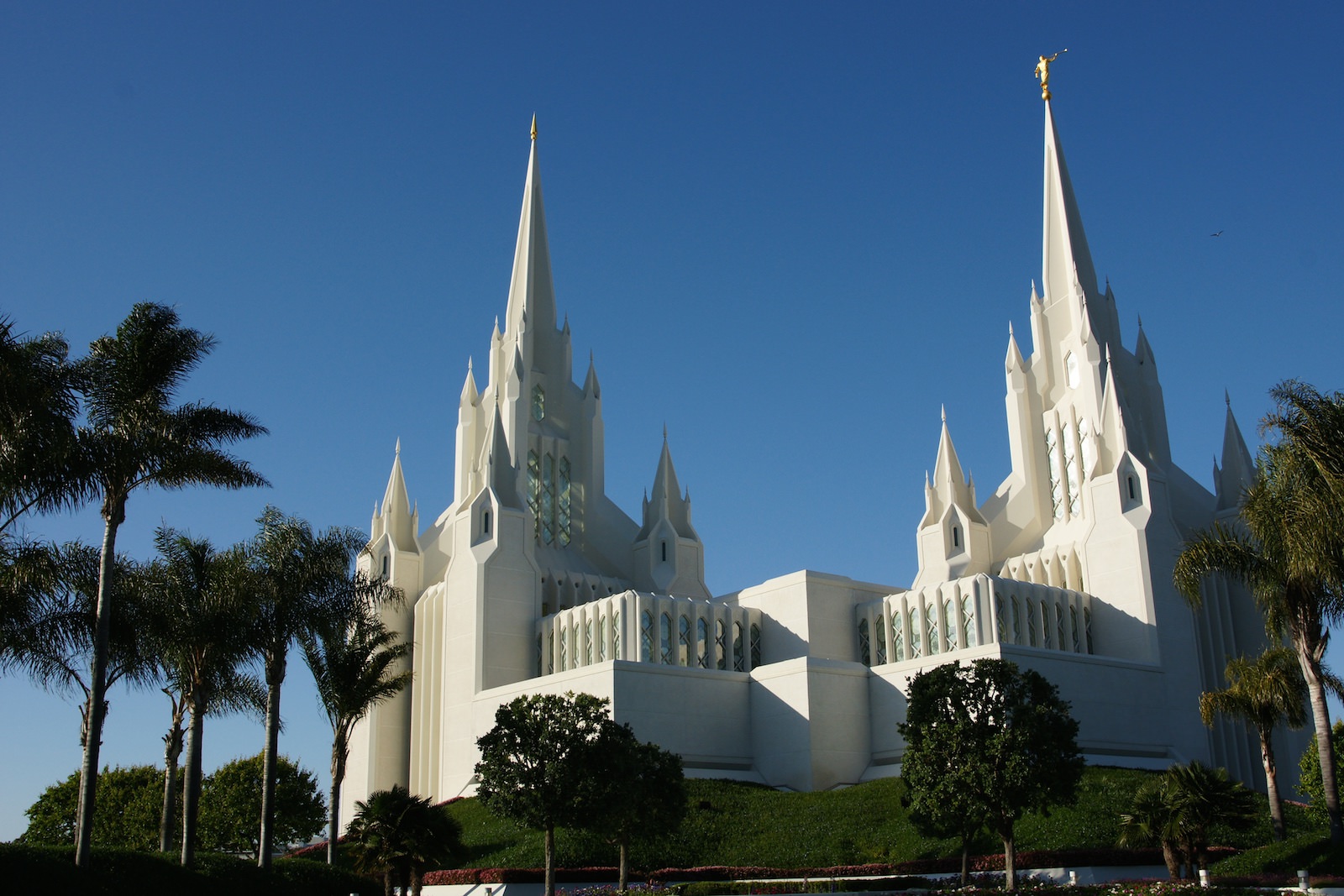 One of the most impressive buildings in San Diego – the Mormon Temple!

The temple is located in UTC (University City) area of San Diego, where you can also find a lot of nice apartment buildings.

On Monday, December 23, 1991, the 186th anniversary of the birth of the Prophet Joseph Smith, a gilded statue of the angel Moroni was installed atop the eastern spire of the San Diego California Temple. Shortly after the setting, a traveling flock of seagulls—a bird of symbolic significance to the Church—circled the new statue about three times before continuing on its course.

Over 720,000 visitors attended the widely publicized open house of the San Diego California Temple in 1993.

The San Diego California Temple was honored as Headliner of the Year for 1993 in the landmark category by the San Diego Press Club.