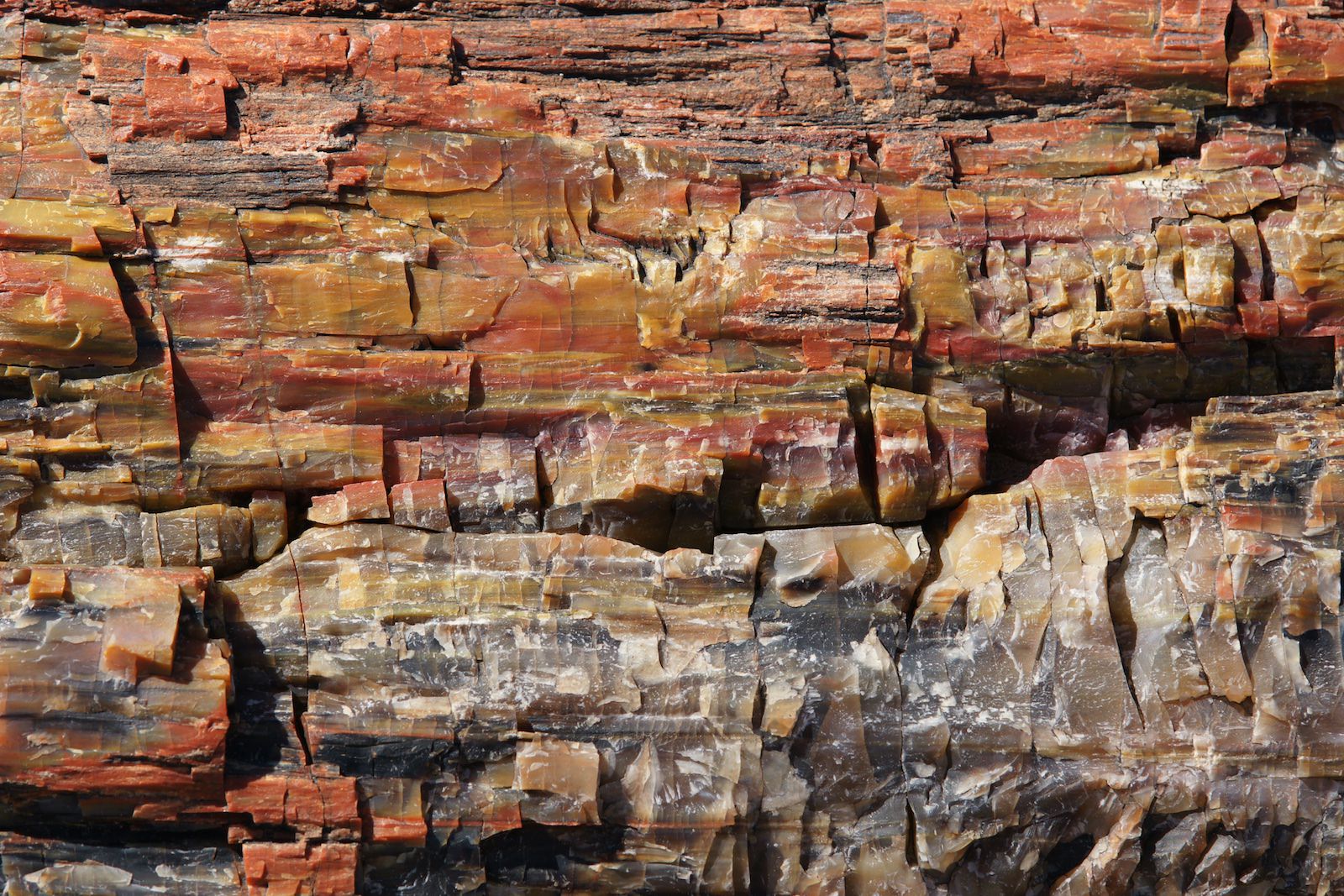 Having a flat tire yesterday and therefore having to return to Holbrook, AZ, gave us a second chance to visit the Petrified Forest National Park – and this time with blue skies and sunshine.
There were some complaints from our readers that there were not that many trees on the pictures yesterday. I guess today we will not get any complaints about that anymore! Believe it or not, but this is the same place as yesterday! We spend all morning in the park and enjoy the beauty of the Petrified Woods and the Painted Desert.

During the Triassic Period (200 – 250 million years ago) the Colorado Plateau area of northeastern Arizona was located near the equator and on the southwestern edge of the landmass known as “Pangea”. (Eventually this super-continent separated to create our present continents.) This tropical location resulted in a climate and environment very different from today. Fossil evidence of this ancient land lies in the sediments called the Chinle Formation that is now exposed in Petrified Forest National Park.
Over time, trees died or perhaps were knocked over by floodwaters or wind. Rivers carried the trees into the lowlands, breaking off branches, bark, and small roots along the way. Some trees were deposited on the flood plain adjacent to the rivers and others were buried in the stream channels. Most of the trees decomposed and disappeared. But a few trees were petrified, becoming the beautiful fossilized logs we see today. Most of the fossilized logs are from a tree called Araucarioxylon arizonicum. Two others, Woodworthia and Schilderia, occur in small quantities in the northern part of the park. All 3 species are now extinct.

Some logs were buried by sediment before they could decompose while volcanoes to the west spewed tons of ash into the atmosphere. Winds carried ash into the area where it was incorporated into the deepening layers of sediment. Ground water dissolved silica from the volcanic ash and carried it through the logs. This solution filled, or replaced cell walls, crystallizing as the mineral quartz. The process was often so exact that replacement left a fossil that shows every detail of the logs’ original surfaces and, occasionally, the internal cell structures. Iron rich minerals combined with quartz during the petrification process, creating the brilliant rainbow of colors.

Around noon we hit HWY 40 East towards Albuquerque, NM. We are passing one Indian Reservation after the other and see lava fields and casinos to the left and right of the Highway. Since Santa Fe seems to offer more than Albuquerque, we continue on and look for a hotel there. We look at countless hotels and motels and finally end up at the Days Inn, but it is by far the worst hotel we have had on our trip so far. For dinner we quickly go to the Village Inn, because we are tired of driving around. It is an average American Restaurant, nothing special but it fulfills the purpose.