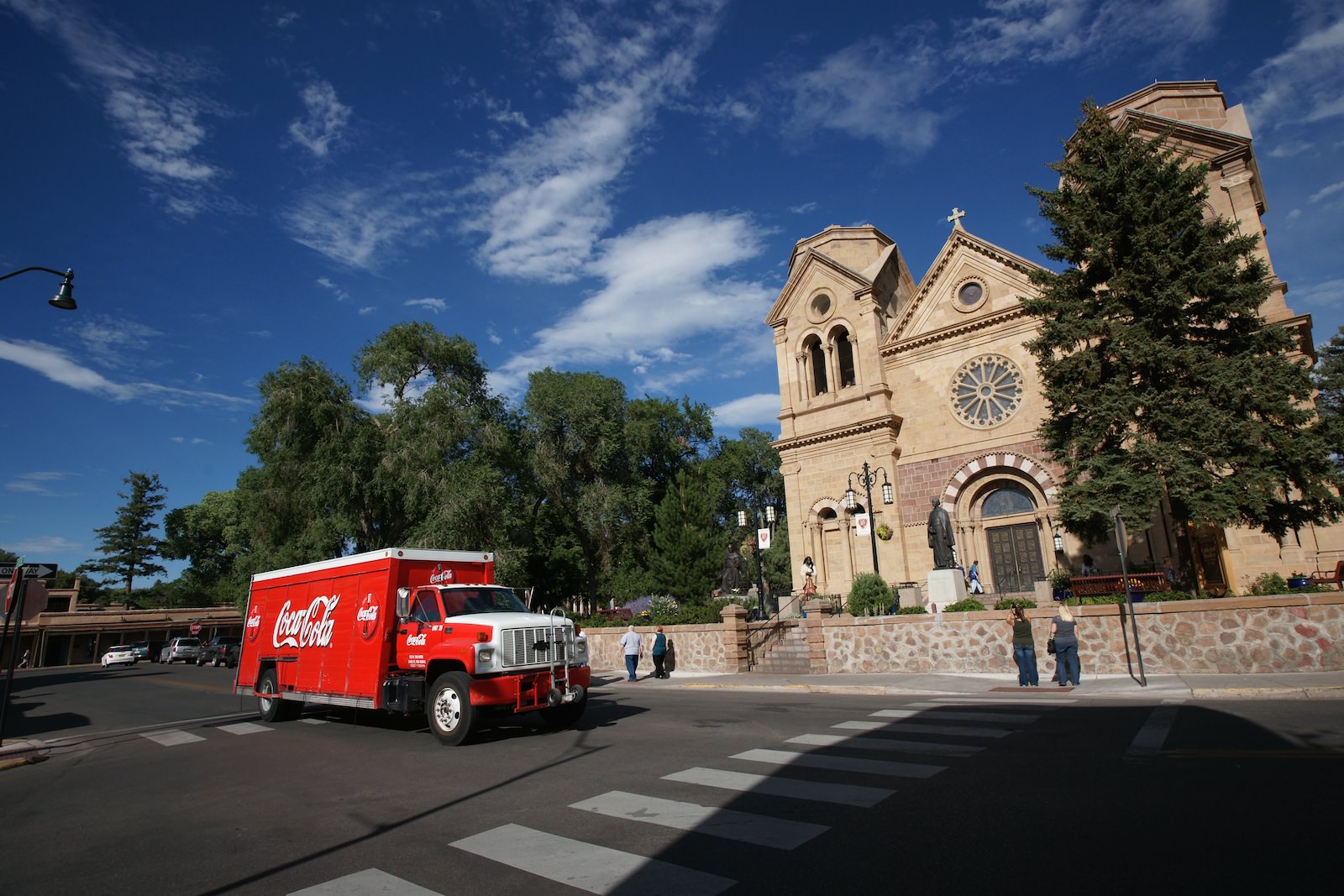 We spend the morning working, since we had been on the road all day yesterday. Then our dear car gets a whole lot of attention again: about 10 days ago we noticed that the paint was completely dull and only the plastic parts were still shiny white. So we went to a dealership in Flagstaff, they referred us to a body shop and that guy said that it would go away if the whole car would get polished and waxed and that it probably was the sun that damaged the paint. Anyway, today we take the time to get a second opinion. We first go to the dealership in Santa Fe to find out if this would possibly be covered by our extended warranty – but, how else could it be, everything else is covered but not the paint. It’s something that we need to get done anyway and we already found “Santa Fe Car Detailing” on the web this morning. The shop looks clean, the owner seems to know what he is talking about and they have time to do it – three hours later we get our car back looking like new!

Mid afternoon we then drive into the historic downtown of Santa Fe.

With a population of 70,000 primarily Hispanic, Anglo and Native American people, Santa Fe, which means Holy Faith in Spanish, is New Mexico’s fourth largest city behind Albuquerque, Las Cruces and Rio Rancho. Situated at 7,000 feet in the foothills of the southern Rocky Mountains, it was founded between 1607 and 1610, making it the second oldest city as well as the highest and oldest capital in the U.S. In 1912, it officially achieved statehood and today its unique offerings of art, culture and ancient traditions make it a world-class tourist destination, drawing more than 1 million visitors each year. In 2005, Santa Fe became the first U.S. city to be chosen by UNESCO as a Creative City, one of only nine cities in the world to hold this designation.

The city is very nice and offers a lots of art galleries, restaurants and stores. Most of the buildings are very well maintained. But, it is clogged with cars! It is hard to find a parking space and there is one line of cars bumper to bumper that makes its way through the center of the city – it’s such a pity.

Before returning to our not-so-nice hotel, we have dinner at Dion’s Pizza.