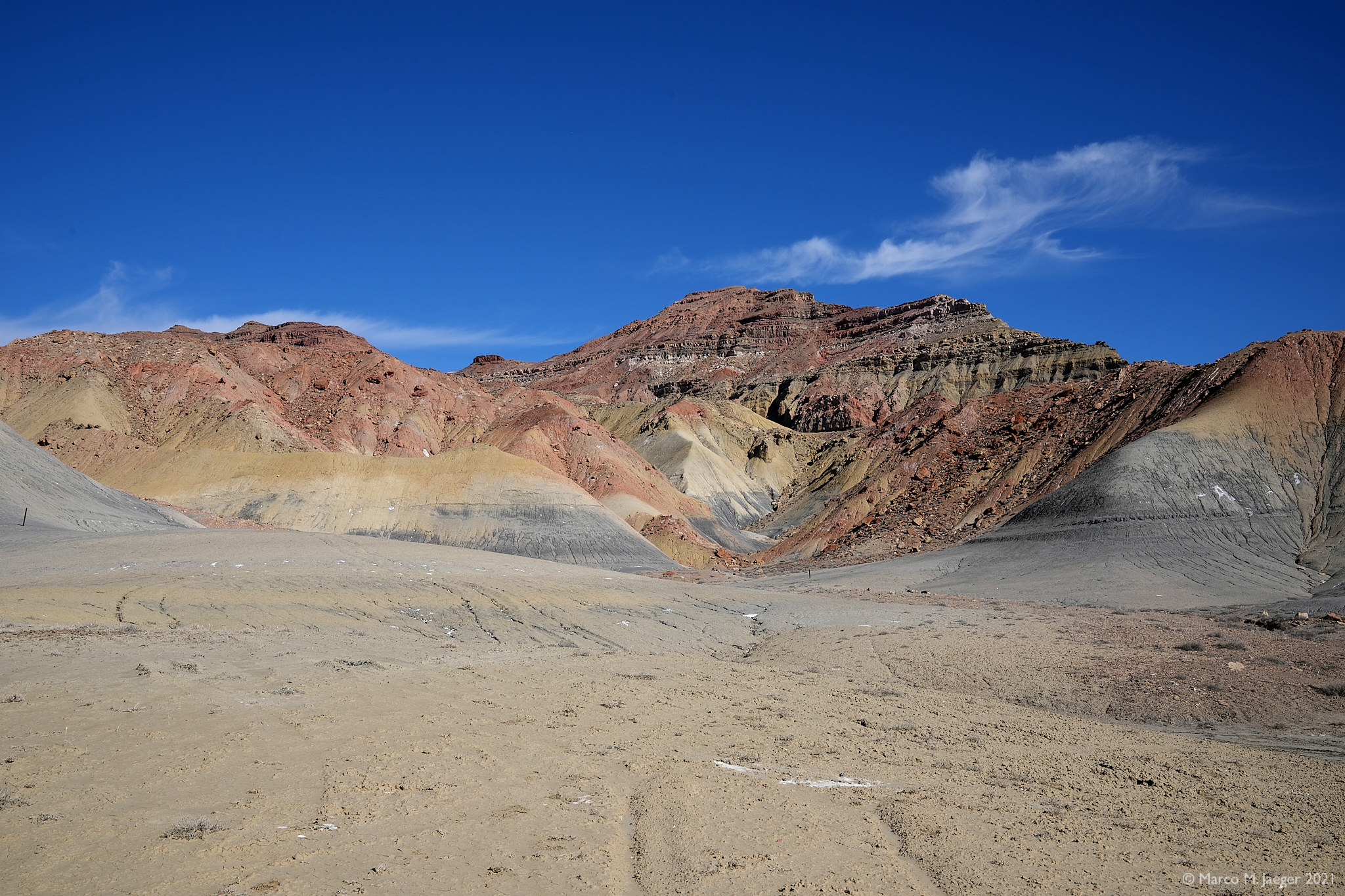 On our second day we want to take it a bit slower and give our legs and backs a break from hiking and heavy backpacks.

We take Dennis out to the back side of Lake Powell, which has a scary low water level, Lone Rock which had been in the middle of the the lake, is now sitting on dry land, big areas have been cut off from the lake completely and are no longer accessible by boat. We would need to get many years of good winters with heavy snow packs to fill it up again (it took the Colorado River 25 years to fill it up after the dam was finished in 1966).

We pass the creek in Big Water and stop several times to take pictures of the Smoky Mountains in the warm morning sun. We drive down Crosby Canyon all the way to where the lake once was – then we head out to Alstrom Point to have a look from the plateau over the lake.

Since Dennis enjoys the landscape as much as we do, we decide to venture up to the Smoky Mountain Overlook which is at the top of the Smoky Mountains and accessible only via a narrow, very steep gravel road (considered one of the most dangerous roads in North America – we did it with an old Toyota Camry in 1993, though not knowing anything about it’s classification at the time).

The visibility this week is quit good and the view from up there is just spectacular. Driving up on the plateau we see a deer that almost outruns us and later on the way down we scare off a beautiful gray fox.

Our timing is perfect and we are back in civilization before dark.