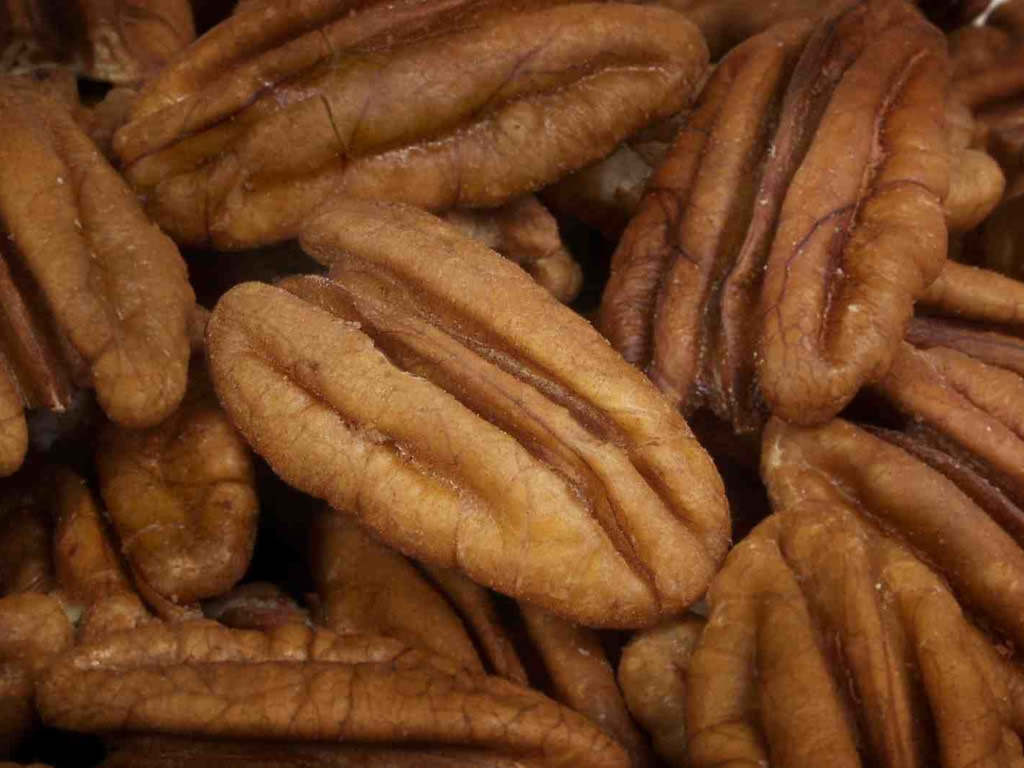 Today we take the kids of Elina and David for a ride to Strahmann’s Pecan Farm. Unfortunately, they are no longer offering tours around the property after they had an accident some years back. So we have a nice ice-cream and enjoy the virtual tour running on a screen in the gift shop.

Miles of Pecan Trees line Historical Highway 28. In the midst of which is the Stahmann’s Country Store. In the summer their branches spread out over the road in an arbor of green. In the fall their branches bend with the rich weight of nuts yet to be harvested and in the spring they are decorated with a filigree of green. In the winter they rest against the sky like soldiers in formation. The Pecan Trees at Stahmann Farms are always beautiful regardless of the season. However, over 78 years ago when Mr. W.J. Stahmann and his son Deane Stahmann purchased this stretch of countryside in the Mesilla Valley thirty miles north of El Paso, the area was little more than a barren wasteland of shrub, sand dunes with in numerous hidden potential.

A buggy-maker by trade, W.J. Stahmann came to the Mesilla Valley from Wisconsin, on a barge traveling down the Mississippi, keeping bees along the way. He found himself settling first in El Paso where W.J. Stahmann raised cotton and tomatoes which led to the erecting of a canning plant after which W.J. Stahmann opened four cotton gins in the Mesilla Valley. In 1926, W.J. purchased the first 2,900 acres of what was to become Stahmann Farms in Southern New Mexico. He and his son Deane cleared the land with teams of mules and planted acres of cotton. The Stahmanns experimented with different types of cotton and Deane developed a number of new varieties that are still being grown around the world. Deane also set up research farms in Jamaica and Mexico in order to experiment with growing cotton year round and used Chinese geese to weed his cotton fields in New Mexico.

Seventy years later no one knows why Deane Stahmann decided to pull out his cotton plants and plant the first pecan trees in the valley. Some say it was his wife’s idea. Others say it was the economy or the development of synthetic fabrics. Whatever the reason, he planted over 4,000 acres of pecan trees in the early 1930’s on two separate plots of land, the 2,900 acre Santo Tomas Farm and the 1,100 Snow Farm. Soon the Stahmanns became the largest pecan producing family in the United States. Years later, when Deane Jr. planted 2,000 acres of trees in Australia, the Stahmanns became the Largest Pecan Producers in the World!

Pecans are the only mass market nut native to the Americas. It has been said that George Washington carried pecans in his pocket during the Revolutionary War. The nut’s scientific designation Carya Illinoensis and original Algonquin Indian name “paccan” also reflect the pecan’s American origins. Sweet, fragrant and wonderful in gourmet pecan candy, fine baked goods or for just plain eating, Stahmann’s Pecans quickly became an American Success story.

The average age of a bearing tree is around fifty years. The orchard has approximately 180,000 trees with a basic spacing of thirty by thirty feet or 48 trees per acre. Today, Stahmanns produces eight to ten million pounds of pecans per year.

Driving through the orchard, you will notice that weeds and grass grow freely among the trees. Although the fields do not look as nice as they did when the weeds were cut every three weeks, this practice yields good results. Stahmann Farms virtually stopped using chemical insecticides in 1987. Today, green and black aphids are controlled with thousands of ladybugs, lacewing flies and other natural predators that live and reproduce in those ugly weeds.

Pecan harvesting is a highly mechanized operation completed in three stages. First, the fields are cleared of weeds, grass, branches and other debris. Second, sophisticated machines called shakers hold and shake specific branches of the tree, causing virtually all the nuts to fall from the tree, as well as many dry leaves and branches. During the third stage of the operation, sweepers form rows of pecans between the trees and finally a harvester picks up the pecans from the ground. Light material such as leaves and sticks are blown back onto the field by the harvester while pecans and rocks are dumped into a cart.