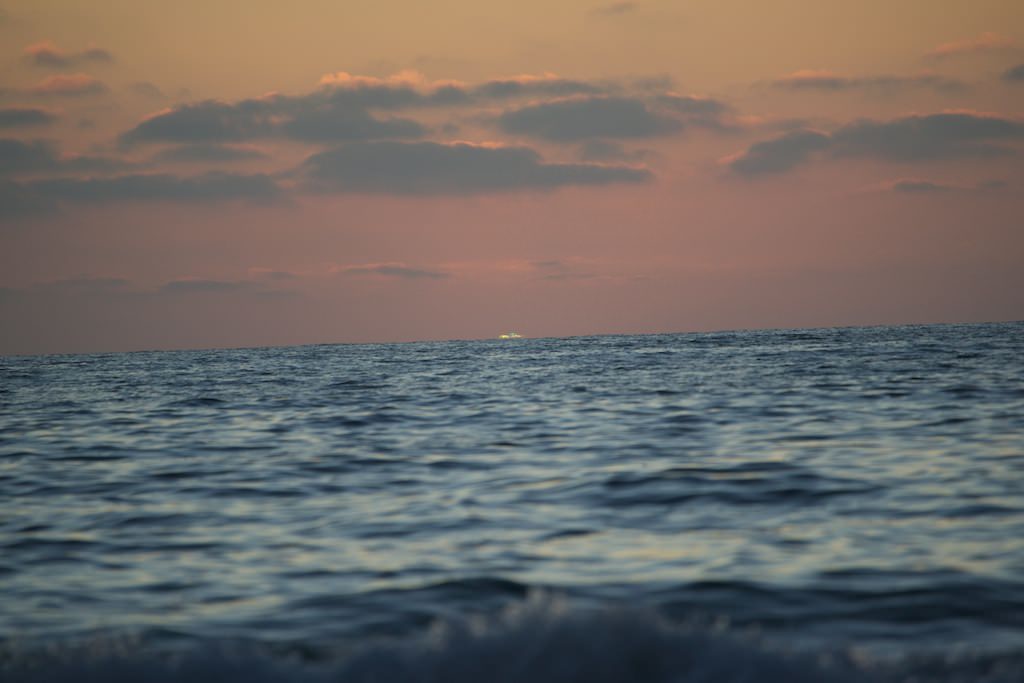 So far we had a very lousy summer along the coast here in San Diego: The marine layer wouldn’t move or burn off, as it’s supposed to, and it just lays over the coast for days or even months.
So we took the chance as soon as the sky cleared up and offered us some nice sunsets to head to the beach after dinner.

Those of you who know Marco, are aware that he loves to take pictures of sunsets! One of these rare evenings before we left our land lady, Pat, told us to watch out for the “green flash” that sometimes is visible just after the sun set – we never heard of it before. And, believe it or not, that night Marco took the lucky shot just that very instant after the sun disappeared – look at he pictures you can indeed see it!

Green flashes and green rays are optical phenomena that occur shortly after sunset or before sunrise, when a green spot is visible, usually for no more than a second or two, above the sun, or a green ray shoots up from the sunset point. Green flashes are actually a group of phenomena stemming from different causes, and some are more common than others. Green flashes can be observed from any altitude (even from an aircraft). They are usually seen at an unobstructed horizon, such as over the ocean, but are possible over cloud tops and mountain tops as well. The green flash can also be observed from the Moon and bright planets at the horizon, including Venus and Jupiter.

The reason for a green flash lies in refraction of light (as in a prism) in the atmosphere: light moves more slowly in the lower, denser air than in the thinner air above, so sunlight rays follow paths that curve slightly, in the same direction as the curvature of the Earth. Higher frequency light (green/blue) curves more than lower frequency light (red/orange), so green/blue rays from the upper limb of the setting sun remain visible after the red rays are obstructed by the curvature of the earth.
Green flashes are enhanced by mirage, which increase the density gradient in the atmosphere, and therefore increase refraction. A green flash is more likely to be seen in clear air, when more of the light from the setting sun reaches the observer without being scattered. The blue light is preferentially scattered out of our line of sight and remaining light ends up looking green.
With slight magnification a green rim on the top limb of the solar disk can be seen on most clear-day sunsets. However the flash or ray effects require a stronger layering of the atmosphere and a mirage which serves to magnify the green for a fraction of a second to a couple of seconds.
Source: Wikipedia 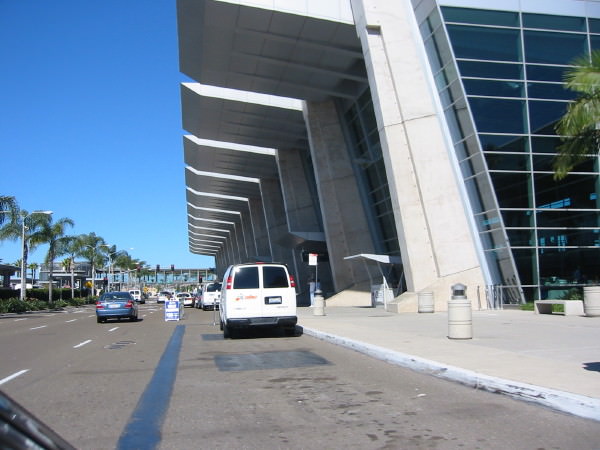