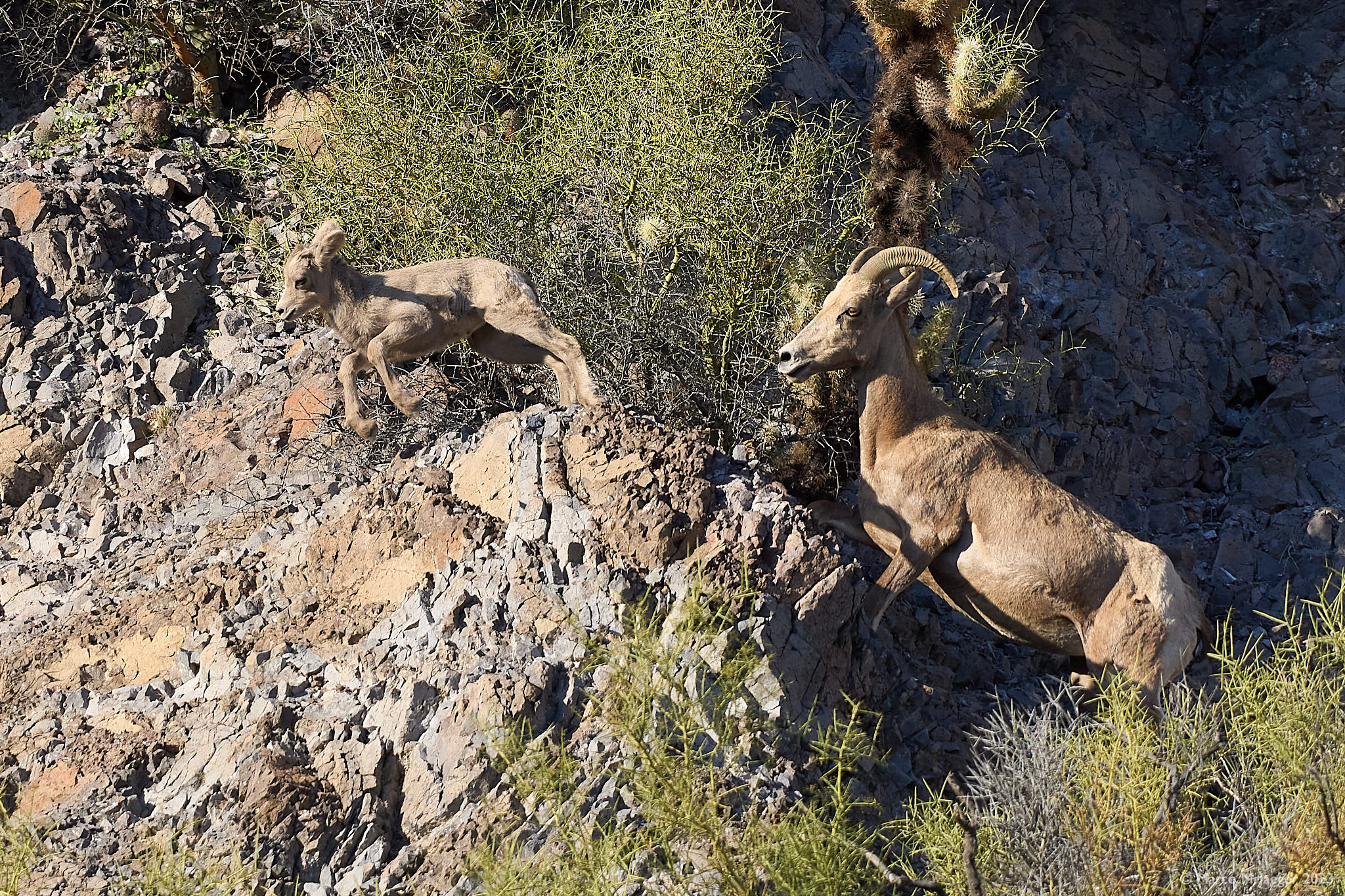 About three weeks ago I discovered a female bighorn sheep (ewe) with her baby and I have been watching them almost daily – it is absolutely fascinating to witness the fast progress of this little lamb and how it follows mom up and down the steep cliffs with no fear at all.

The desert bighorn sheep (Ovis canadensis nelsoni) is a subspecies of bighorn sheep that is native to the deserts of the southwestern United States and northern Mexico. In Arizona, they can be found in the mountainous regions of the state, including the Grand Canyon, the Sonoran Desert, and the Mojave Desert. They are known for their large, curved horns and ability to survive in extremely arid environments. Desert bighorn sheep are a popular game animal. They are also considered a conservation success story, with populations rebounding in recent years after being nearly hunted to extinction in the early 20th century.

Desert bighorn sheep are known for their agility and endurance, which allows them to navigate the steep and rocky terrain of their desert habitats. They are herbivores and their diet consists mainly of desert plants such as creosote bush, bursage, and cacti. They are able to survive prolonged periods without water by obtaining moisture from their food, and they are also able to tolerate high temperatures.

The desert bighorn sheep population was severely reduced in the early 20th century due to hunting and habitat loss. However, conservation efforts, such as hunting restrictions and reintroduction programs, have led to a resurgence in population numbers in recent years. Desert bighorn sheep are now considered a “species of special concern” by the Arizona Game and Fish Department, and hunting of these animals is heavily regulated.

Desert bighorn sheep are an important part of the desert ecosystem, playing a role in seed dispersal and shaping the landscape through their foraging habits. They are also an important cultural and recreational resource, with hunting and wildlife viewing opportunities drawing visitors to Arizona.