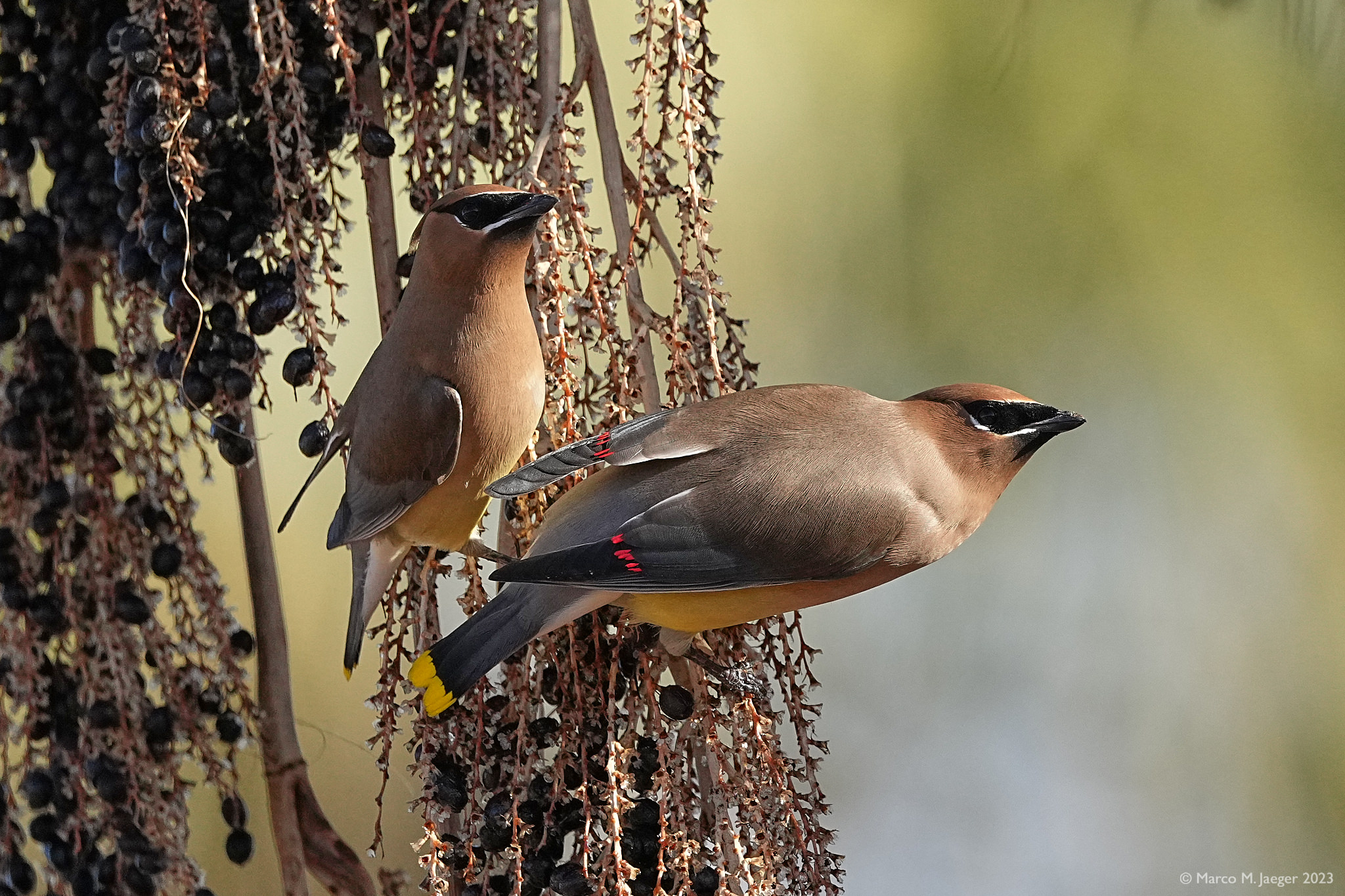 A few years ago we ran into a flock of a small beautiful migratory bird at the Salt River – we immediately fell in love with them – this year they are finally back in the valley.

During the winter months, cedar waxwings migrate to more southern regions in search of food. They are known to form large flocks during this time, and are often seen in urban areas where they feed on berries from ornamental shrubs.

Overall, Cedar waxwings are a fascinating and beautiful species that are a joy to observe in the wild. They are a common sight in many parts of North America, and are well-liked by birdwatchers and nature enthusiasts alike.