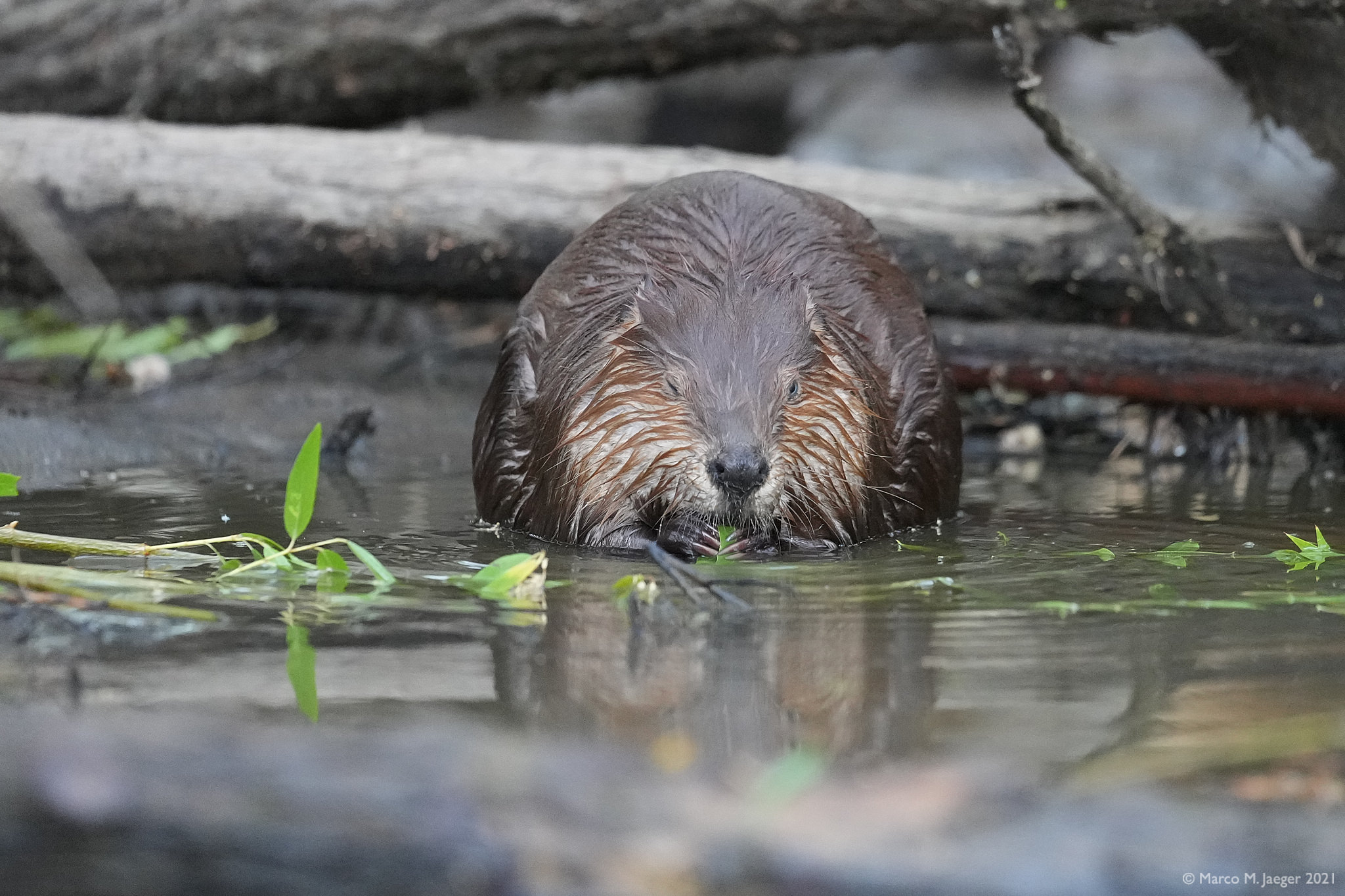 A few weeks ago Marco learned from friends that there are beavers up at a lake about 90 minutes away. However, one has to be there early and has to get on the lake by a kayak.

Robert, who discovered the beavers a couple years ago luckily has 3 kayaks, so two weeks ago Marco joined him and Randy when they went on the lake. He came back fascinated about the beavers and hooked on kayaking as it allows to explore wildlife quietly and get much closer.

This week Robert took Marco and I out there. We got up at 2:30am to be at the lake at around 4:30am. It was still pitch dark and sunrise was not until 5:15am. We got ready and Robert showed us the kayaks. He pointed at the red one and said “this one is for Jackie”. I got in and they pushed me out onto the water. Here I was, the first time in more than 40 years in a kayak out on the water and I could barely see where I was going.

It took me a bit to balance out and adjust seating but I figured it out fairly quickly (without tipping over) and followed Robert and Marco through all the dead trees in the shallow water.

It took us maybe 30 minutes or so to reach the place where the beavers were hanging out. We floated along the shore and watched them wresting, eating and carrying around sticks (one of them pulled a stick with leaves right underneath Robert’s kayak). They were busy doing what they would normally do and didn’t mind us in our kayaks at all – what a great and peaceful experience.

While we were watching the beavers I heard some noise behind us and when I turned I saw a big animal moving around in the shrubs maybe 15 yards/meter up the hill from where Marco was floating in his kayak – a black bear – what a rare und unexpected sighting!

Even Robert, who grew up here, said he had not seen a bear all his adult life despite being out in nature all the time. The bear was eating some plants and then went its way and disappeared. We couldn’t believe what we just saw. What a lucky day!

By around 7:00am the beavers called it a day and withdrew into their den, so we slowly headed back to the cars.

By 9:30am we were back home. I guess it’s not too often that by the time other people start working we had paddled around a lake for 3 hours and seen a beaver family and a black bear.