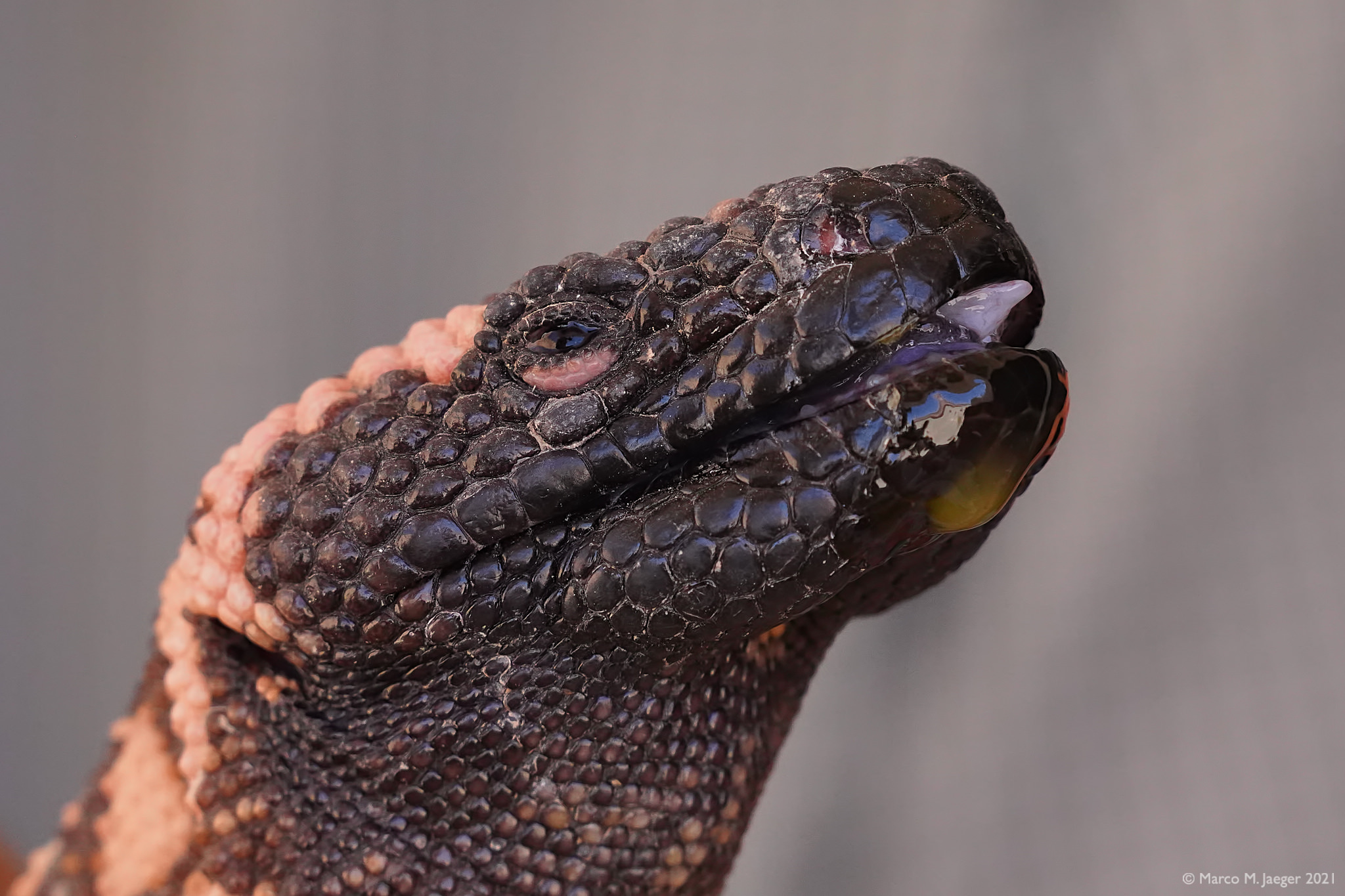 When I was out in our yard with Gizmo after dinner last night he suddenly showed interest in something in the wash right outside of our back yard. I went over and saw a Gila monster. I called Marco and we took some pictures while watching it go straight up the cliff.

This morning Gizmo again signaled that there was something right outside the fence. I went over and saw the tail of the Gila monster sticking out of the opening in the wall where the water can run out into the wash (should it ever rain).

I took Gizmo back onto the patio, leashed him and kept working, about an hour later the Gila monster appeared on the rocks in our yard. Not knowing how aggressive and fast they are, I took Gizmo and we went inside. All I knew about the Gila monster was that they are venomous and wouldn’t let go once they bit into something (a furry paw for instance).

When Marco came home from his morning photo shoot with Dennis, we called Denny who knows a lot about these desert dwellers and he was glad to come over. Meanwhile the little monster had settled right at our patio door.

Denny picked it up, determined that it was an about 3 year old female and that she was very hungry because her tail was so slim.

We cracked 3 eggs (one at the time) and fed her the yolks. Denny then put her outside our back fence from where she disappeared.

The Gila monster is a species of venomous lizard native to the southwestern United States and the northwestern Mexican state of Sonora. A heavy, typically slow-moving lizard, up to 60 cm (2.0 ft) long, the Gila monster is the only venomous lizard native to the United States. Its close venomous relatives, the four “Mexican beaded lizards” inhabit Mexico and Guatemala. The Gila monster is venomous, although sluggish in nature and therefore not generally dangerous and very rarely a real threat to humans. Yet, its exaggeratedly fearsome reputation has led to its sometimes being killed, in spite of being protected by state law in Arizona.