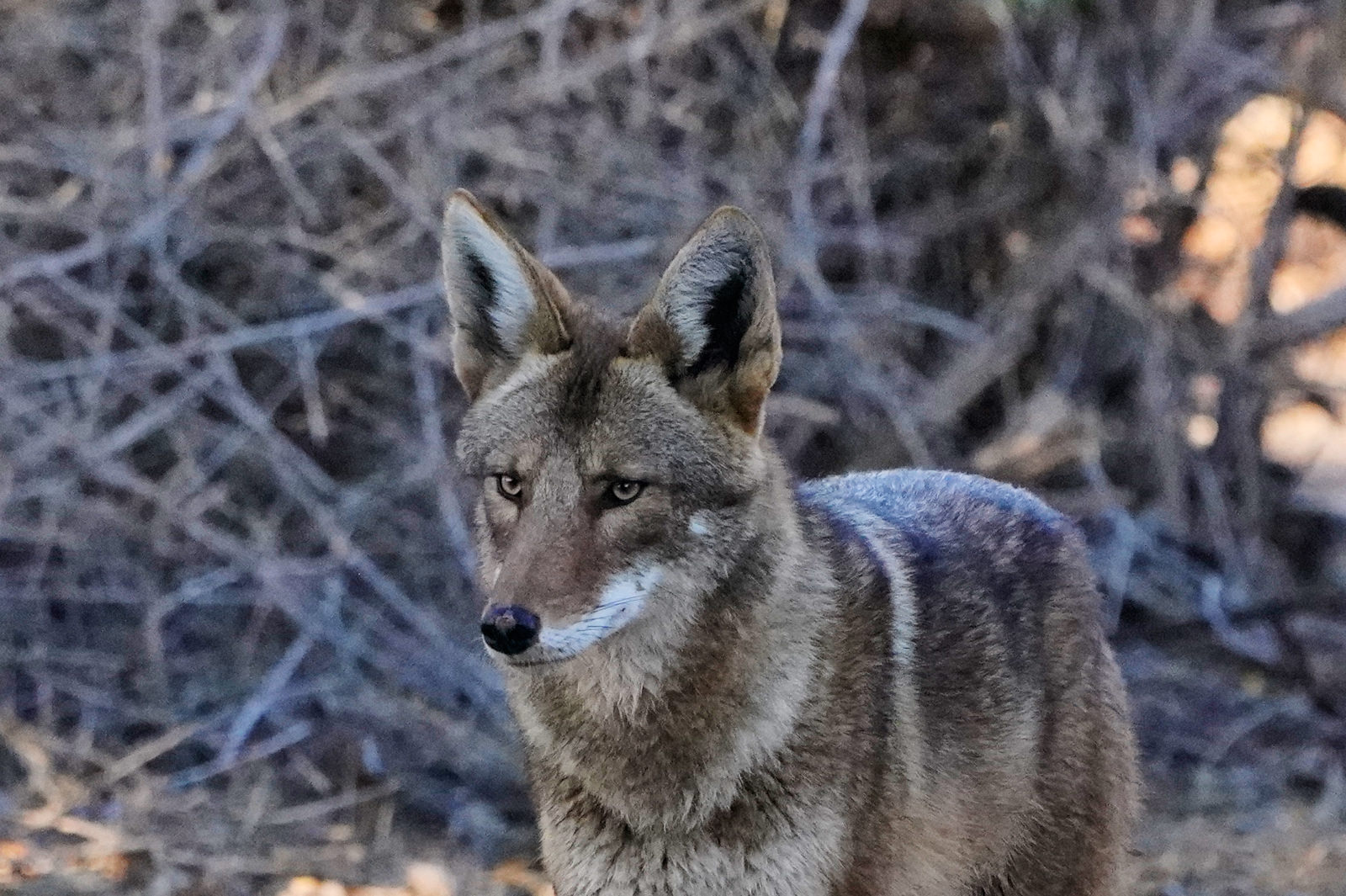 Since there was some big event going on at the Salt River today we decided to avoid the crowds and head out for a visit to the “Riparian Preserve at Water Ranch” in Gilbert – I don’t remember when we were there last time, but I’m sure that it has been several months. It was kind of early in the morning so there were not too many people yet.

Soon after we started walking we saw two white pelicans going after fish on the first basin we passed. While watching the many species of birds we all the sudden ran into a Coyote that most likely was on the hunt for some ducks – he came out of the shrubs, looked around and later went his way – the coyote was only about 10 yards (10m) away – luckily with all the wildlife in the area he was well fed.

Riparian Preserve at Water Ranch is a lake located in Gilbert, Arizona, United States, east of Greenfield Rd and south of Guadalupe Dr. The preserve was created by the Town of Gilbert in 1999 to combine water resources, wildlife habitat, educational programs, and recreational opportunities. The Riparian Preserve consists of 110 acres, with 70 acres of 7 water recharge basins.