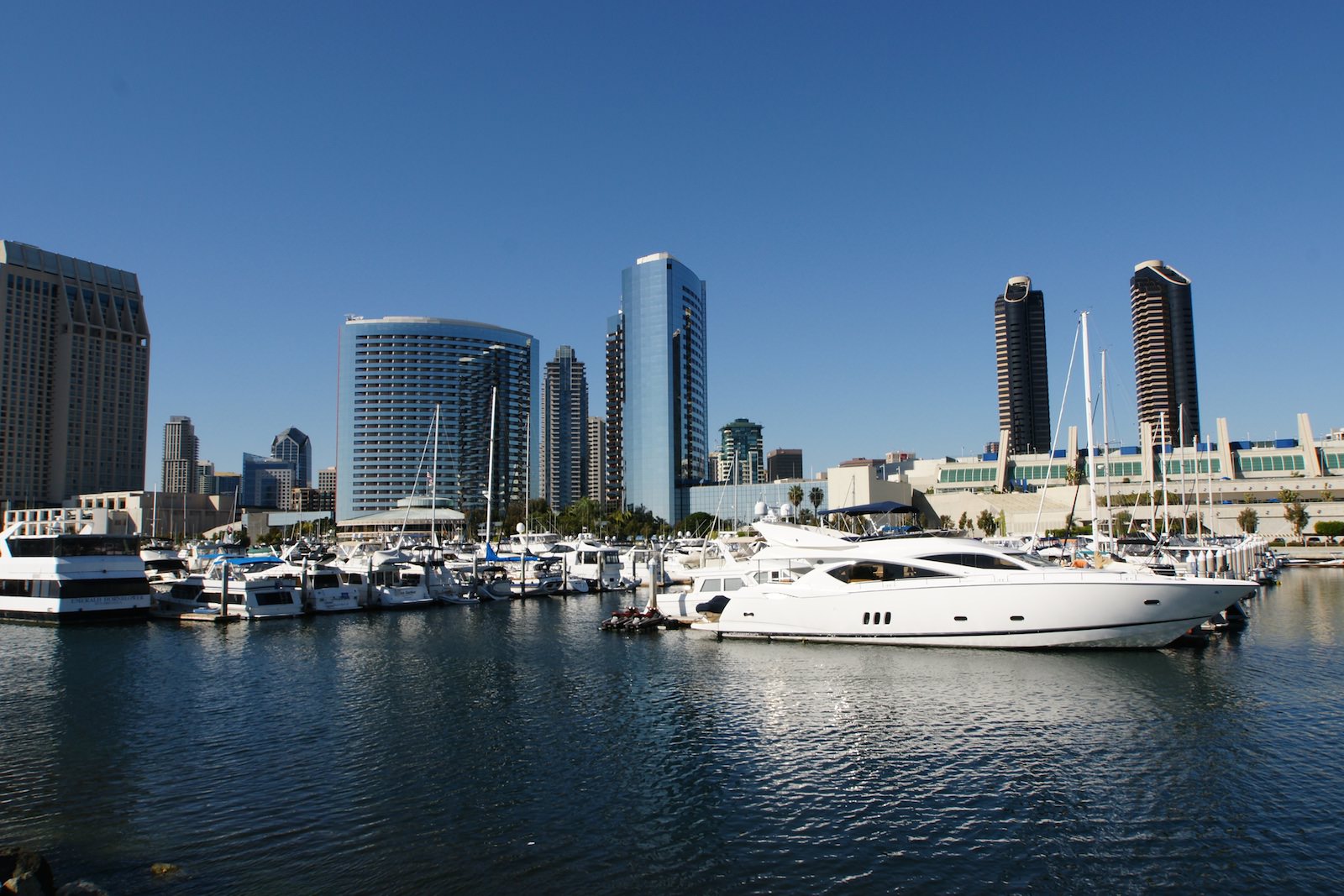 The beautiful weather lured us out again today….

The Embarcadero in San Diego, California, USA runs along the San Diego harbor on the east side of San Diego Bay. It is home to the USS Midway on Navy Pier, the San Diego cruise terminal on B Street Pier, the Star of India (ship) at the Maritime Museum, and various restaurants and shops from the North Embarcadero down through Seaport Village.

Seaport Village was built on landfill over Punta de los Muertos, where the Spanish expedition of 1782 buried those who had died of scurvy. In later years it was a railroad yard where goods and other products were unloaded from ships and loaded aboard trains for shipment east. Today Seaport Village is a shopping and dining complex overlooking the bay in San Diego. It houses more than 70 shops, galleries, and eateries on 90,000 square feet (8,000 m2) of waterfront property. The Village contains several freestanding buildings in an assortment of architectural styles, from Victorian to traditional Mexican.