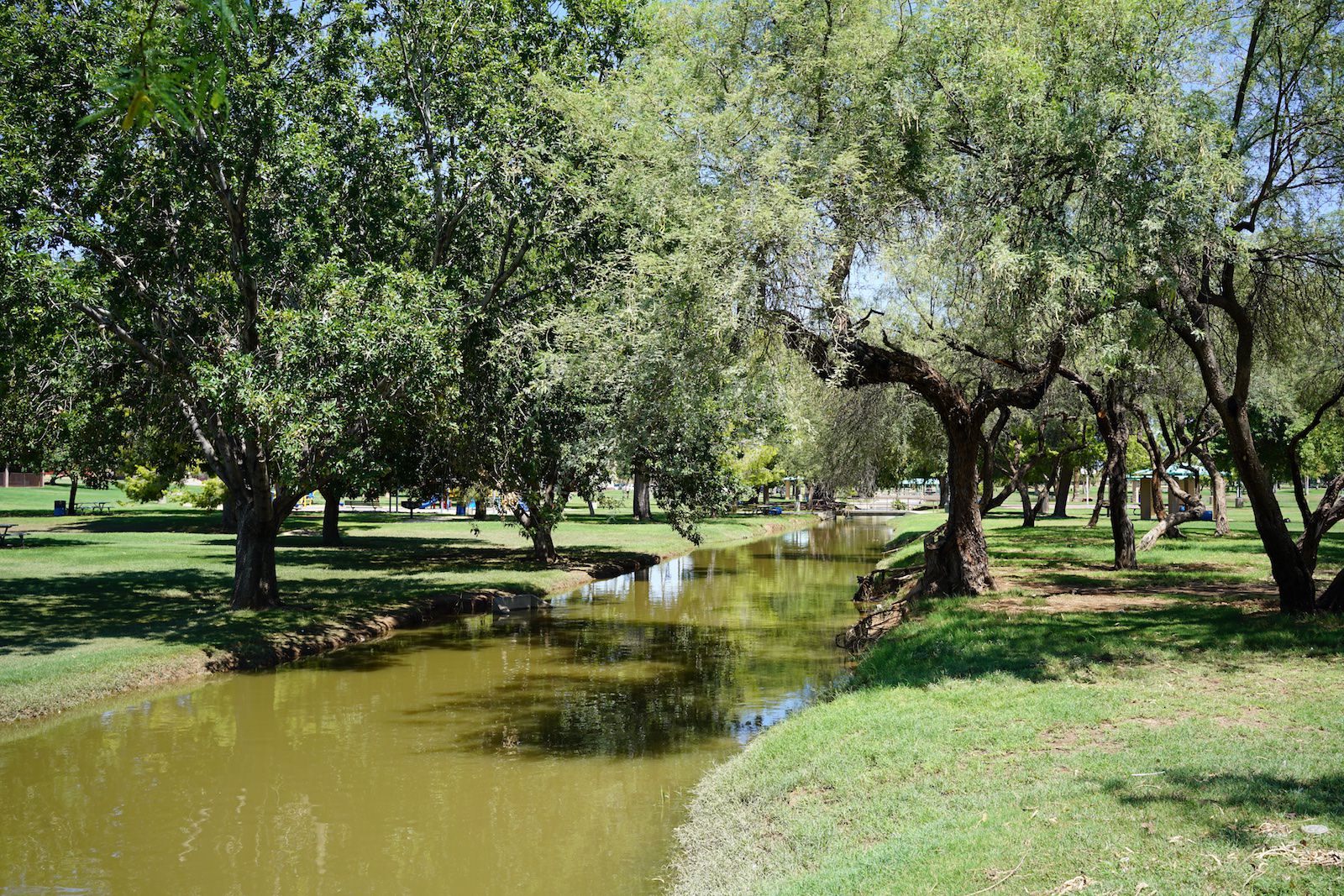 During the monsoon-, or summer thunderstorm season, Arizona experiences more severe weather than many other states and gets most of its well needed water. On some occasions, a severe storm may spawn a microburst. More often though, high winds, dust and severe downpours resulting in flash floods are common monsoon occurrences. Sounds weird to say for someone coming from a country where it’s raining a lot, but we really enjoy the season and Gizmo especially, not afraid of lightning or thunder, he finds a dry place and then watches flying leaves, wind and rain .

Yesterday morning I took my bicycle to go shopping and was surprised to find our next cross street all flooded. Yes, we did have some thunderstorms this week but not within the last 24 hours.

I drove slowly on the side walk though up to 4 inch (10 cm) deep water to make it safely and dry through the flooded areas. A litte further down the road I passed the parking lot which was completely submerged as well and the creek, which usually barely has any water at all was full up to the bridges.

I did my shopping and returned home the same way I came and told Marco. He immediately got the camera ready and we headed out again to capture the “mess”. Not just humans were affected but also some wildlife: we saw a sea turtles in one of the flooded intersections, which then disappeared on us, I rescued a crayfish and there was this about 2 feet (60 cm) long fish that didn’t make it across the street, for him every help came too late.

It must have been raining further up north over night so the water collected in the green belt eventually made its way down here.