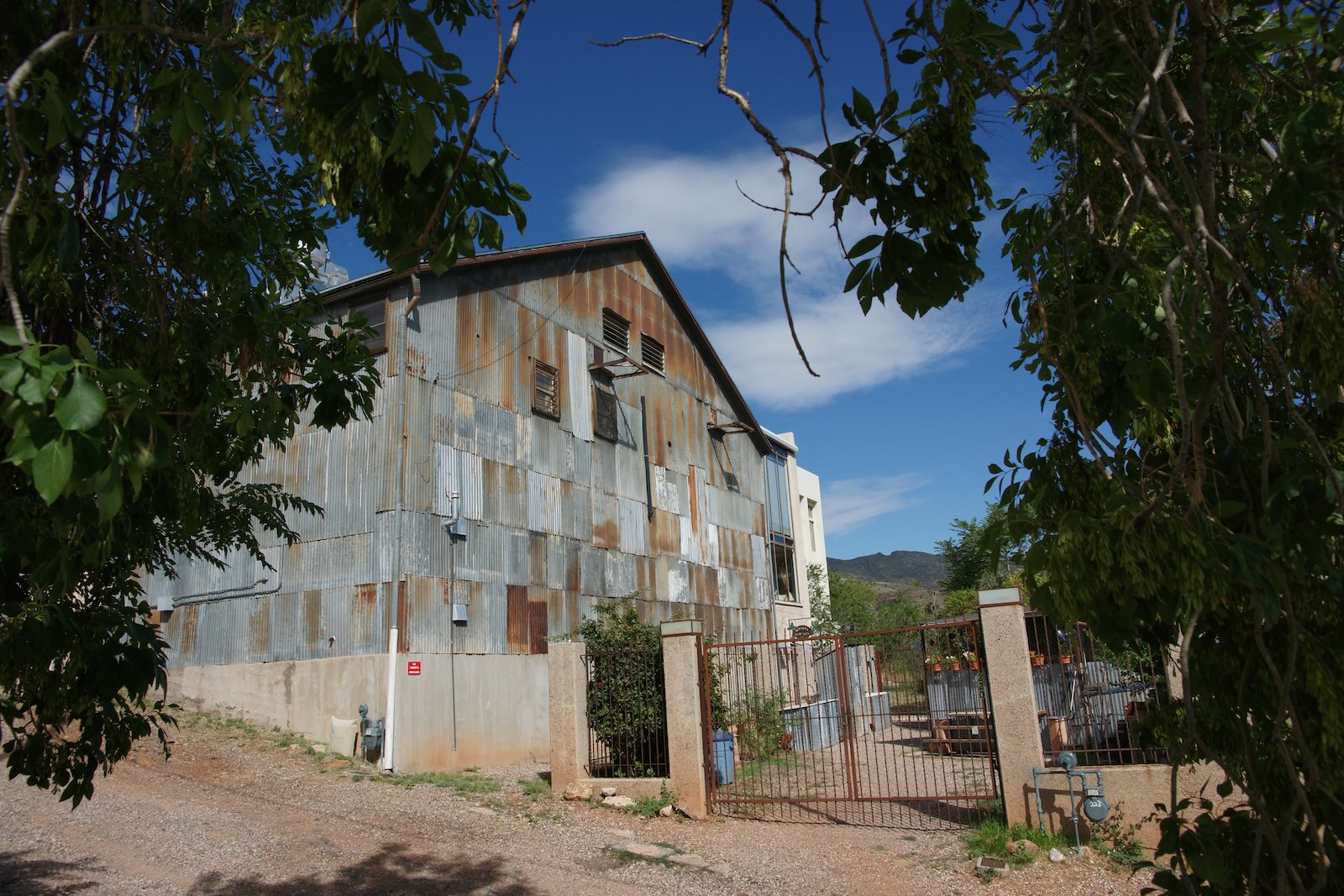 We have seen enough of Prescott and vicinity and are ready to move on. We leave the hotel at around 8am towards North. We first drive through high desert until we get up to about 5,500 feet where the trees are now dominating the vegetation. A curvy road leads through the mountains to Jerome.

“America’s Most Vertical City” and “Largest Ghost Town in America”.

Located high on top of Cleopatra Hill (5,200 feet) between Prescott and Flagstaff is the historic copper mining town of Jerome, Arizona. Once known as the wickedest town in the west, Jerome was a copper mining camp, growing from a settlement of tents to a roaring mining community. Four disastrous fires destroyed large sections of the town during its early history, resulting in the incorporation of the City of Jerome in 1899.

Founded in 1876, Jerome was once the fourth largest city in the Arizona Territory. The population peaked at 15,000 in the 1920’s. The Depression of the 1930’s slowed the mining operation and the claim went to Phelps Dodge, who holds the claim today. World War II brought increased demand for copper, but after the war, demand slowed. Dependant on the copper market, Phelps Dodge Mine closed in 1953. The remaining 50 to 100 hardy souls promoted the town as a historic ghost town. In 1967 Jerome was designated a National Historic District by the federal government. Today Jerome is a thriving tourist and artist community with a population of about 450.

Jerome sits above what was the largest copper mine in Arizona and produced an astonishing 3 million pounds of copper per month. Men and women from all over the world made their way to Arizona to find work and maybe a new way of life. Today the mines are silent, and Jerome has become the largest ghost town in America.

Jerome’s personality has changed dramatically in the past 30 years. Once a thriving mining camp between the late-1880s and early 1950s, Jerome is now a bustling tourist magnet and artistic community with a population of about 450. It includes a modicum of artists, craft people, musicians, writers, hermits, bed and breakfast owners, museum caretakers, gift shop proprietors and fallen-down-building landlords.

What is the Town of Jerome like today? Is it worth your time to visit? The answer is a resounding yes! Jerome is an enchanting town, and a photographer’s paradise. From its external appearances it hasn’t changed much in nearly 100 years. Many of the buildings used by present-day business folks are those built after the fires of 1894 and 1899. A number of the buildings have been restored and more are planned for restoration. Due to the 30-degree incline of the mountainside, gravity has pulled a number of buildings down the slope. To the delight of some, one of those buildings was the town’s jail. Those buildings still standing make for interesting visiting.

At Clarkdale we see a sign for “Tuzigoot National Monument” since we haven’t seen any ruins in a while we decide to take the detour and visit the monument:

Perched atop a ridge high above Arizona’s Verde River lies Tuzigoot, the remnants of one of the largest pueblos built by the Sinagua. Tuzigoot, an Apache word meaning “crooked water,” was built between 1100 and 1450 AD and consisted of two stories and 110 rooms. This structure, along with others whose ruins have been found in the surrounding area, provided shelter for hundreds of Sinagua occupants.

Form there we make our way to Sedona, which, as expected, is packed with people. We turn left into SR 89a South to drive the loop passing by the Red Rock State Park. The loop offers a great view of the red rock formations around the area. Even though the sun is hiding behind thick clouds again we are impressed by the beauty and the redness of the mountains!

We are passing Sedona again heading North on SR89a towards Flagstaff. The road leads through Oak Creek Canyon. There are cars parked in every free space and the shores of Oak Creek are crowded with people. It seems like all Flagstaff and Sedona is fleeing the high temperatures and seeks relieve at the Oak Creek. Luckily we had seen and explored the creek before so we continue on to Flagstaff. Once there we spend some time looking for a decent hotel for a fair price and end up at the Days Inn, just off HWY 40 and 17. Dinner is at Sizzler just around the corner.