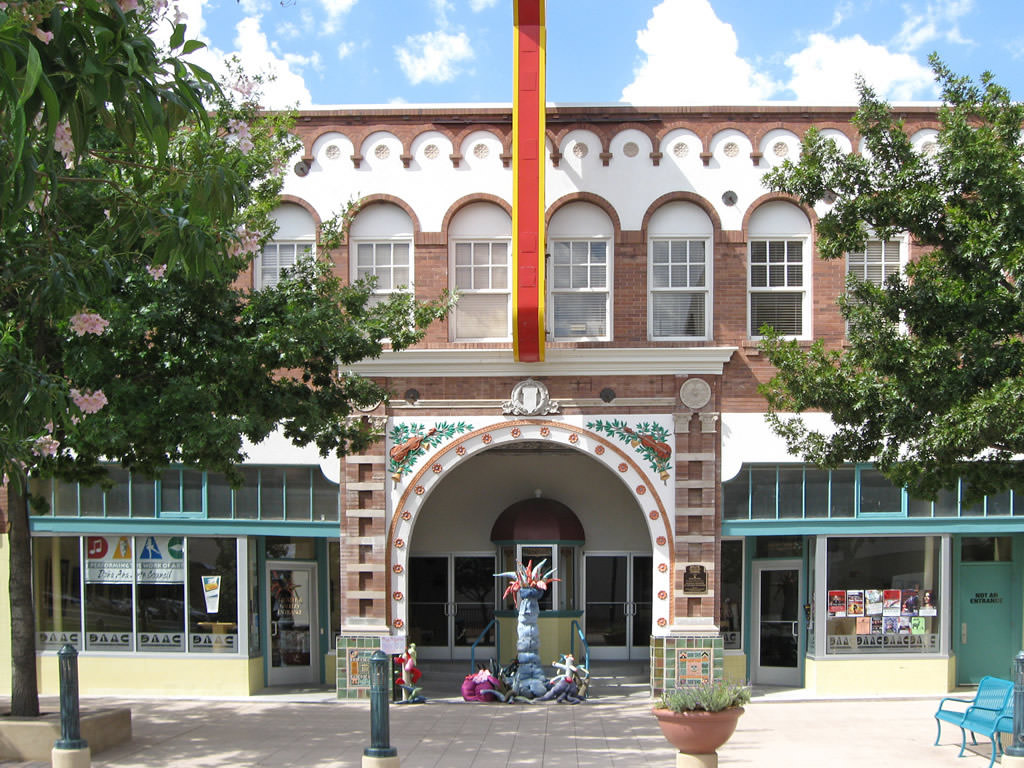 Today we need a break from traveling so we stay at the hotel in the morning, get some work done and at noon head to town to visit the farmers market which seems to be famous and one of the nicest and biggest ones on the country. We arrive there at around 12:30pm but most exhibitors already start packing their stuff even though it’s supposed to be open until 2pm.

We stroll through the market and talk to some of the exhibitors. It is hot and humid and we are looking forward to an iced drink to cool us down.

Later afternoon we drive back to town for dinner at an Italian Place we saw at noon when we visited the farmers market.

At Zeffiro Pizzeria Napolitana we order pizza and get the best pizza we have had in the last two and a half years in the US! It is made in a wood fired oven with real yeast dough, and topped with real prosciutto and fresh mushrooms and it has a nice thin crust (and all that at a very reasonable price). This is our highlight of the day!

Las Cruces, also known as “The City of the Crosses”, is the county seat of Doña Ana County, New Mexico, United States. The population was 97,618 in 2010 according to the 2010 Census, making it the second largest city in the state.
Las Cruces is the economic and geographic center of the fertile Mesilla Valley, which is the agricultural region on the flood plain of the Rio Grande which extends from Hatch, New Mexico to the west side of El Paso, Texas. Las Cruces is also the home of New Mexico State University (NMSU), New Mexico’s only land grant university. The city’s major employer is the federal government on nearby White Sands Test Facility and White Sands Missile Range. Recently the city has been home to many of the retired from across the country. The majestic Organ Mountains, ten miles (16 km) to the east, are dominant in the city’s landscape, along with the Doña Ana Mountains, Robledo Mountains, and Picacho Peak.