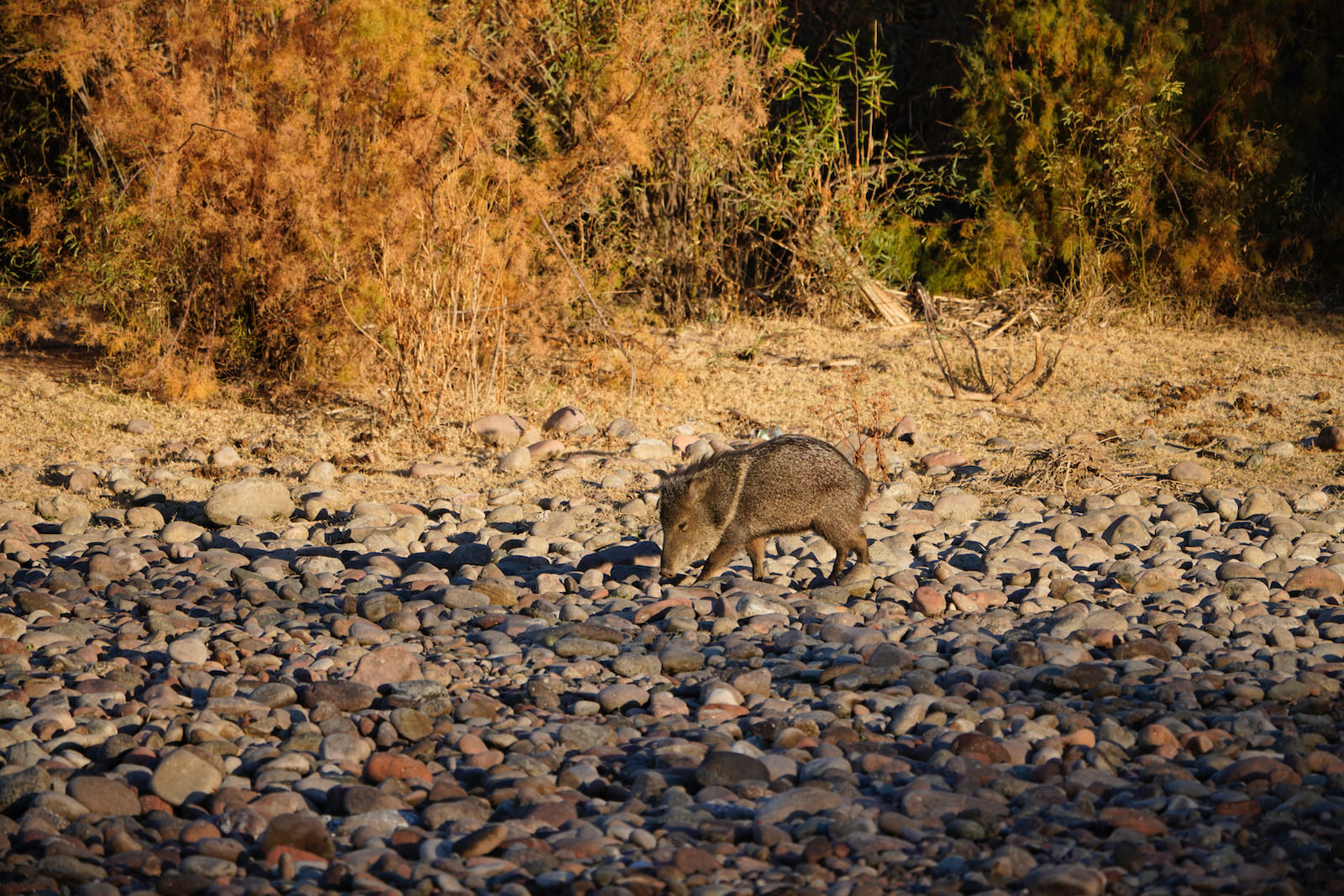 We have been visiting the Salt River regularly in the last few months – there is always something to see – furthermore it’s so peaceful and relaxing out there – on September 13, 2017 Jackie and I very surprised when a Javelina suddenly came up the cliffs – people have told us that there are some in the area but we haven’t seen any before. Today I went to lookout for the Peregrine Falcon at the sand cliffs – it was bitterly cold 23F/-3.9C – right before approaching the sand cliffs I saw some dark spots along the river bed – when I got closer I saw a band of about 15 to 20 javelina/peccaries. It was amazing to watch these guys and taking a few shots.

Javelinas aren’t wild pigs but are actually members of the “peccary” family that originated in South America. They have become accustomed to being in close proximity to humans and will generally ignore people. If you try to approach them, they will simply leave the area, but if provoked and threatened, they’ve been known to defend themselves with their long, sharp tusks.

When fully grown they weigh between 35 to 60 pounds with males being slightly larger than females. Javelina become sexually mature at about 10 months of age and are capable of breeding at anytime of the year and can have two litters within a year. Newborn Javelina weigh about one pound and attain colorization at three months.

Javelina roam in herds of to 20 to protect themselves from predators that include mountain lions, bobcats and coyotes.

Javelina are most active at night and exist on a diet of flowers, berries, prickly pear cactus and plant life. They have a keen sense of smell but have very poor eyesight. Their odor comes from a scent gland on their backs and other members of the band will rub each others scent gland to identify Javelina from different bands.