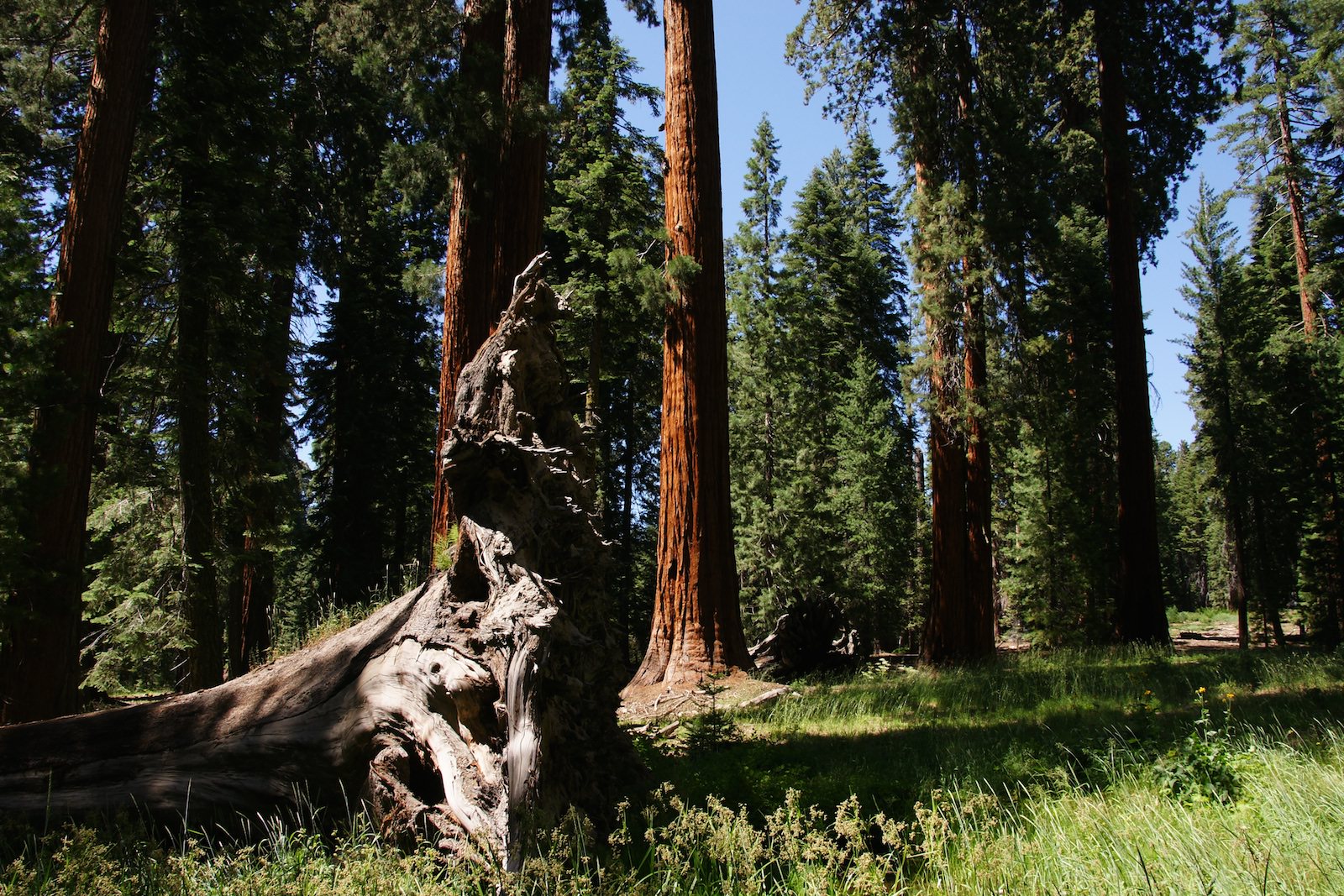 As we are close to the Sequoia National Park, here upfront some facts about the Sequoia vs. Redwood Trees:

The giant sequoia (Sequoiadendron giganteum) is also called “Sierra Redwood” or the “Big Tree.” It is found only in the Sierra Nevada range. Its trunk is column-like with stout branches. The reddish brown bark shreds and feels soft. An interesting fact is the giant sequoia (3,200 years old), bristlecone pine (5,000 years old), and creosote (11,000+ years old) all live within 100 air miles of each other even though the Sierra Nevada is one of the youngest mountain ranges at 2-5 million years old. Sequoias grow in areas where soil moisture is abundant and winter temperatures are not too severe. One of the fastest-growing trees on Earth, it eventually can reach 270 feet or more in height. The ropy bark of the sequoia, sometimes over two feet thick, is the tree’s main defense. The bark is resistant to low temperature fires and insect invasions.

The California coast redwood is the tallest tree in the world and more conifer-like in profile than the giant sequoia. Its trunk is narrower and shares the trait of reddish brown bark. Coastal redwoods occur only in a narrow band along the Pacific Coast. The world’s first, second, third, and sixth tallest trees are redwoods. All grow within a mile of each other on Redwood Creek along the northern California coast.

Some Facts: Giant Sequoia vs. Redwood